The IS215GFOIH1A is a GE Mark VI printed circuit board

Sell Surplus: Have a IS215GFOIH1A to sell? Sell Now 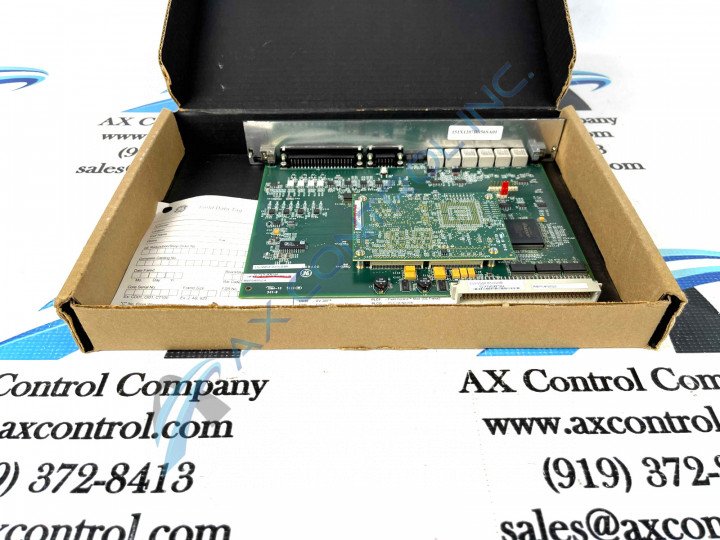 The IS215GFOIH1A is a GE Mark VI printed circuit board

Sell Surplus: Have a IS215GFOIH1A to sell? Sell Now

The IS215GFOIH1A is a board component manufactured by the General Electric company as part of the Mark VI system.  This was one of the last of the Speedtronic systems released by GE. For over three decades, GE developed the Speedtronic line as their premier management platform for steam or gas turbines, research the Mark VI benefitted from.  The Mark VI is designed around a Central Control Module that can be built using either a 13- or 21- slot VME card rack. Users can access system data from an operator interface (HMI) built from a PC workstation running a Windows OS.

The IS215GFOIH1A includes a front faceplate.  This attaches to the board with two screw connections.  The faceplate has an I/O interface port (P5,) a serial port (J1,) three indicator components (CT Ch 1 OK, CT Ch2 OK, Module OK,) and six HFBR-0400 Series components for fiber optic communications.  This includes two transmitters (HFBR-1414MC) and four receivers (HFBR-2412TC.) These components are designed to be directly compatible with several types of industry standard connectors such as FC, SC, ST, and SMA.

The IS215GFOIH1A has a daughterboard attached to its surface.  The daughterboard is a two-sided board that attaches to the main board via four screws threaded through factory-made holes.  The daughterboard (KSPA) has board connectors, TP test points, integrated circuits, transistors, capacitors, and resistors. The primary board also has many of these components including four transistors placed in a line near the front right corner of the board.  It has a switch component, eight resistor network arrays, ten test points, board connectors (including one backplane) and integrated circuits. More complete information about the board and its components can be found through manuals and data sheets from the manufacturer.

Our highly skilled technicians can repair your IS215GFOIH1A. All of our repairs come with a 3 Year AX Control Warranty. Please contact us for additional information about our repair process. To receive the repair pricing and lead time listed above please process your repair order via our website. The following repair options may be available upon request: