The Mark VI IS200VCMIH2BEE is a printed circuit board created by GE. It belongs to the GE Mark VI IS200 Speedtronic Series.

Sell Surplus: Have a IS200VCMIH2BEE to sell? Sell Now 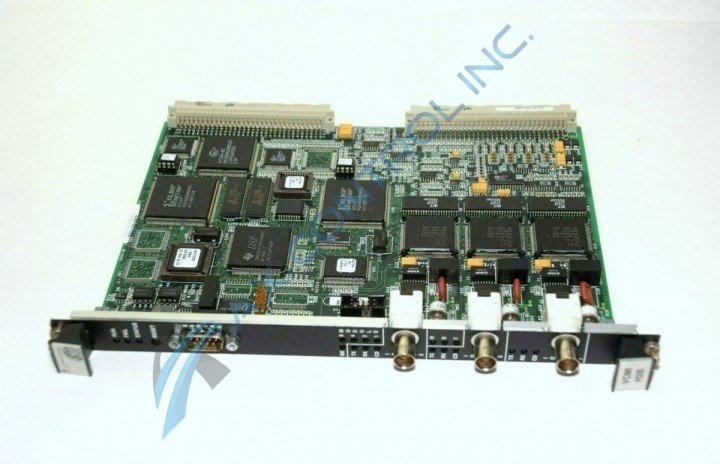 The Mark VI IS200VCMIH2BEE is a printed circuit board created by GE. It belongs to the GE Mark VI IS200 Speedtronic Series.

Sell Surplus: Have a IS200VCMIH2BEE to sell? Sell Now

The IS200VCMIH2BEE was designed by General Electric as part of their industrial gas and steam turbine control system, the Speedtronic Mark VI.  This version of the Speedtronic system is typically used in process plant and electrical generation applications to control speed during turbine startup, to synchronize the generator, to provide turbine load control, and to protect against loss of load and turbine overspeed situations.

The IS200VCMIH2BEE is part of the Unit Data Highway (UDH.)  It functions as the master communication controller board.  Data is read and transmitted to other boards via fiber-optic Ethernet (IONet.)

VCMI boards may be designed for Simplex or for TMR (triple modular redundant) applications.  Simplex boards have a single IONet port, while TMR boards will have three.  The IS200VCMIH2BEE board is a TMR board.

The IS200VCMIH2BEE uses SIFT voting (software-implemented fault tolerance.)  Data is broadcast to all remote racks in one packet.  VCMI boards in those remote locations extract the appropriate packet data.

The IS200VCMIH2BEE is a double-sided board.  The rear side of the board is primarily populated with resistors and capacitors.  The front side of the board is more complex, and includes connector ports (including two backplanes,) inductors/chokes, tp test points, and integrated circuits.   The attached front faceplate has three IONet ports as well as a single male serial port.  It has one reset button, two set screws, and four sets of LED indicators (a set of 3, a set of 6, a set of 8, and another set of 3.)   The faceplate is also marked with the company logo and with the board number.

Our highly skilled technicians can repair your IS200VCMIH2BEE. All of our repairs come with a 3 Year AX Control Warranty. Please contact us for additional information about our repair process. To receive the repair pricing and lead time listed above please process your repair order via our website. The following repair options may be available upon request: