The IS210AEDBH4 is a GE Mark VI printed circuit board

Sell Surplus: Have a IS210AEDBH4 to sell? Sell Now 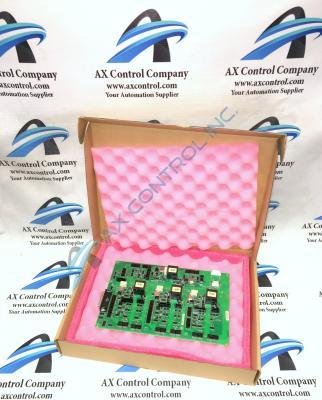 The IS210AEDBH4 is a GE Mark VI printed circuit board

Sell Surplus: Have a IS210AEDBH4 to sell? Sell Now

The IS210AEDBH4 is a board component manufactured by GE for the Mark VI system.  Part of the Speedtronic line, the Mark VI is a gas/steam turbine management program that can be built as either a simplex or as a triple modular redundant system.  Like most Speedtronic systems, the MKVI is designed to increase the reliability of its associated turbines through efficient and reliable management.

The IS210AEDBH4 functions as a Bridge Interface Board. It has four transformers placed on the board with three of these in a single line near the center of the board and the fourth is placed toward the top of the board.  These are marked 342A 4902AG P1 Bicron. The transformers have a BIL rating of 12KV to 15KV and a switching frequency of 10KHz to 500KHz. Hipot requirements for these transformers is 5 KVAC. The IS210AEDBH4 is populated with over 180 integrated circuits.  This includes five oscillating chips. The board has diodes, capacitors, and resistors. Resistors include metal film resistors, which are placed on the board in several lines. The board also has a number of transistors.

The  IS210AEDBH4 is factory drilled around its edges in nine locations.  The body of the board has several slots cut into it. These are usually covered by components like transistors.   The board has a number of connectors, including a single right-angle connector that is placed on the left edge of the board, labeled P1, eight vertical pin male connectors, two header connectors, and four 3-position plugs. Information on these connectors uses may be found using manuals or user guides. The board is marked SCC 43985, 94V-0, and M3.

The  IS210AEDBH4 has components on the front and back surface of the board. Components are marked with designators for easy identification.

Our highly skilled technicians can repair your IS210AEDBH4. All of our repairs come with a 3 Year AX Control Warranty. Please contact us for additional information about our repair process. To receive the repair pricing and lead time listed above please process your repair order via our website. The following repair options may be available upon request: