The IS200ISBDG1AAA is a GE Mark VI printed circuit board

Sell Surplus: Have a IS200ISBDG1AAA to sell? Sell Now 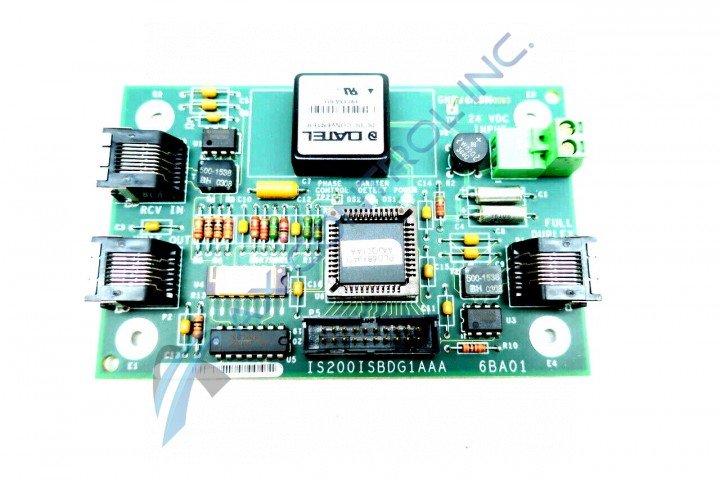 The IS200ISBDG1AAA is a GE Mark VI printed circuit board

Sell Surplus: Have a IS200ISBDG1AAA to sell? Sell Now

The IS200ISBDG1AAA is a component created for the Mark VI system from GE.  The Mark VI is part of the Speedtronic line, which was created by GE for the management of steam and gas turbine systems.  This line of turbine management systems began production in the 1960s with the release of the Mark I and has continued through to the 2000s with the Mark VI and the Mark VIe.  However, the Speedtronic line is no longer in production by GE. The Mark VI is built with available triple redundant backups on critical controls. It also has ethernet communication capabilities.  The central control module connects to a PC-based HMI (human machine interface) that permits data to be accessed from a central location.

The IS200ISBDG1AAA functions as an Insync Delay Board.   The PCB is built with four terminal connections, one in each corner.  The board is also drilled in two corners. There are five other connectors located on the board surface.  These include one terminal strip with two screw connections (P4,) that is labeled 24 VDC Input and a vertical male ribbon connector with twenty pins (P5.)  P1 through P3 are also labeled Full Duplex, XMIT Out, and RCV In. Each connector is located on a board edge.

The IS200ISBDG1AAA uses primarily resistors made of metal film material. Capacitors may be of ceramic or electrolytic materials. The board has TP test points, LEDs (2,) and transformers (2.) The board also has several integrated circuits located on its surface.

The IS200ISBDG1AAA is a static sensitive board.  Please use a disposable wrist strap as a ground while handling this board.  Our team will protect the board during shipment from static damage by wrapping it in an anti-static sleeve before boxing.

Our highly skilled technicians can repair your IS200ISBDG1AAA. All of our repairs come with a 3 Year AX Control Warranty. Please contact us for additional information about our repair process. To receive the repair pricing and lead time listed above please process your repair order via our website. The following repair options may be available upon request: