The IS200ISBBG1AB is a Mark VI InSync Bus Bypass Card

Sell Surplus: Have a IS200ISBBG1AB to sell? Sell Now 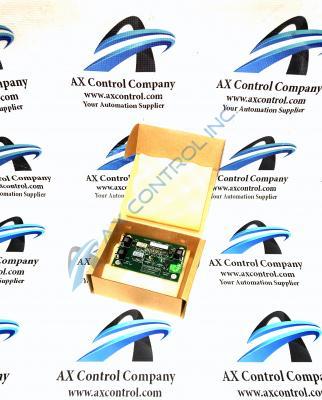 The IS200ISBBG1AB is a Mark VI InSync Bus Bypass Card

Sell Surplus: Have a IS200ISBBG1AB to sell? Sell Now

The IS200ISBBG1AB functions within the MKVI as an Insync Bus Bypass Card. The board is marked along its top edge with the board number and the code 6BA01.  The code 6DA01 appears along the bottom edge of the board. This small card is factory drilled at multiple locations. Four drill holes are ringed with a conductive material.  These four drill holes (E1, E2, E3, E4) are often used to mount the board to DIN rails.

The IS200ISBBG1AB has two relays.  These are placed side-by-side just left of center.  The board has two rectifier coils, two LED indicators (one green, one yellow,) and one jumper switch.  Settings for the jumper are noted directly below the component in a small table on the board’s surface.  LEDs are labeled Interlock Active (green) and Xmit Data (yellow.) There is a single integrated circuit that functions as a voltage comparator.  The board has diodes, resistors, and capacitors.

Connectors on the IS200ISBBG1AB include three plugs.  These are marked P1 through P3 and are labeled Full Duplex, Xmit Data Out, and Rcv Data In.  The board has one short terminal strip with two screw connections. This is labeled 24 VDC Input.   Data sheets, manuals, or user guides from GE will provide more information if needed. Static sensitive boards are shipped from AX Control protected by anti-static wraps.

Our highly skilled technicians can repair your IS200ISBBG1AB. All of our repairs come with a 3 Year AX Control Warranty. Please contact us for additional information about our repair process. To receive the repair pricing and lead time listed above please process your repair order via our website. The following repair options may be available upon request: