The IS200FCGEH1ADA is a GE Mark VI printed circuit board

Sell Surplus: Have a IS200FCGEH1ADA to sell? Sell Now 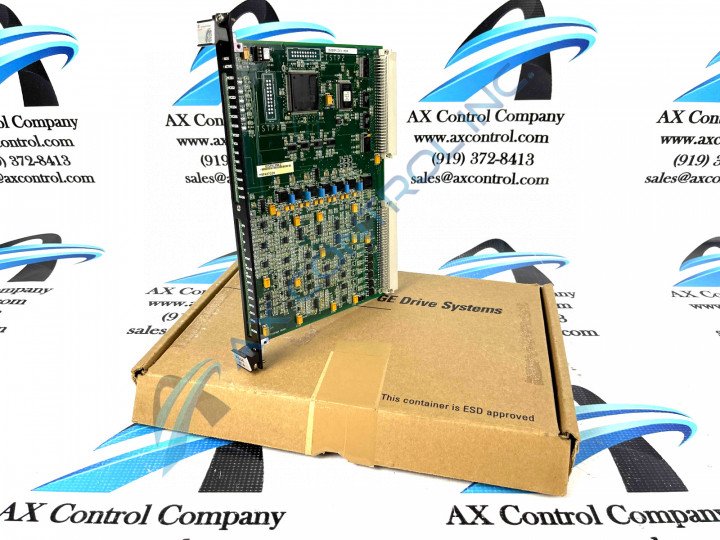 The IS200FCGEH1ADA is a GE Mark VI printed circuit board

Sell Surplus: Have a IS200FCGEH1ADA to sell? Sell Now

The IS200FCGEH1ADA is a GE component created for the Mark VI system. The Mark VI turbine system is part of the Speedtronic series that has been used for gas and steam turbine management since the 1960s.  The Mark VI can be designed to manage large and small turbine setups by using either Simplex or Triple Redundant forms of the control system.  Each circuit card in the control module is designed with diagnostics; diagnostics include software diagnostics and hardware diagnostics.

The IS200FCGEH1ADA works within the Mark VI system as an LCI Control and Gating-Exciter card.  This board has a front faceplate that includes two openings for access to 28 TP test points. The faceplate also has two LEDs.  These LEDs are labeled “active” and “Imok.” The “Imok” LED blinks as an indicator that the board has passed a self-test and is functioning properly.  The “Active” LED lights solidly when the board is communicating with the LCI processor board. Test points on the board are labeled “VCSS1 through VCSS7, VCA, VAB, VBC, OFC4 through OFC6, and DCOM, then IFB, IA, IB, IC, VOUT, GVOLTS, EI60Hz, OFC1 through OFC6, and DCOM.

The IS200FCGEH1ADA has several connectors. This includes a P1 VMEbus backplane and a P2 connector for Input/Output interfacing with other LCI boards, the host processor, and with the exciter.  The board also has two 20-pin ribbon connectors that are for factory test use only.

What are some of the functions of IS200FCGEH1ADA?

How many LEDs does IS200FCGEH1ADA have?

Where can I find the manual for IS200FCGEH1ADA?

This board includes six firing command output drivers. These are to the exciter. Each of the outputs corresponds to an SCR cell string in the exciter bridge. There are six SCR strings in total. Drivers are controlled by the LCI processor, which can turn on all six at one time if needed. --AX Control Tech Team.

Our highly skilled technicians can repair your IS200FCGEH1ADA. All of our repairs come with a 3 Year AX Control Warranty. Please contact us for additional information about our repair process. To receive the repair pricing and lead time listed above please process your repair order via our website. The following repair options may be available upon request: