The GE IS200ERBPG1ACA is a component for the Mark VI Speedtronic system. This board is designed with large exterior rectangular casing.

Sell Surplus: Have a IS200ERBPG1ACA to sell? Sell Now 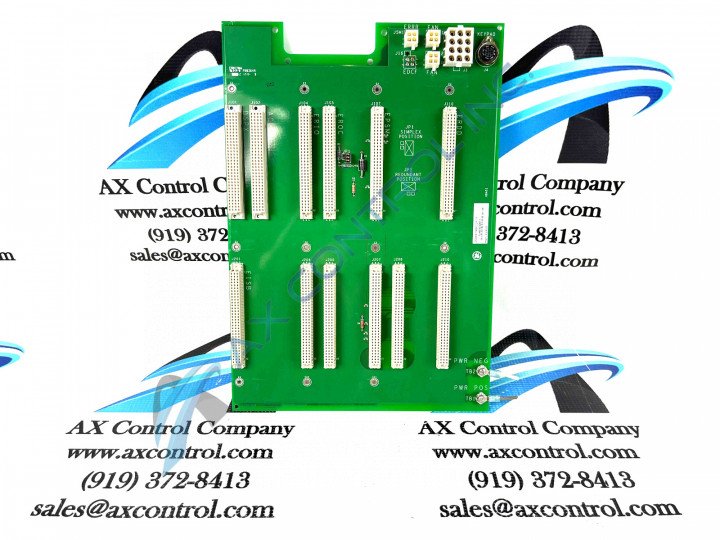 The GE IS200ERBPG1ACA is a component for the Mark VI Speedtronic system. This board is designed with large exterior rectangular casing.

Sell Surplus: Have a IS200ERBPG1ACA to sell? Sell Now

The IS200ERBPG1ACA was a product manufactured by GE distributed as a part of the Mark VI series. As a vital portion of the Speedtronic system, the Mark VI was developed throughout the 1990s as a regulator for gas and steam-powered turbines.

The IS200ERBPG1ACA was constructed to be part of a Central Control Module (13- or 21- slot VME card rack,) which connected on termination boards including a box-type or barrier terminal blocks. Users could access data drawn from the controlling module which made use of an interrelated operator junction (HMI) loaded with cohesive software intended for superior turbine supervision, such as GE’s CIMPLICITY graphics platform.

The IS200ERBPG1ACA was an ERBP (Exciter Regulator Backplane.) It typically was used in GE’s EX2100 Control System, which was a third-generation digital excitation scheme. This system was intended to assimilate with the Mark VI and its HMI deprived of any issues. It could also fit in with a stand-alone retrofit application using an Ethernet Modbus or serial communication protocol.

The IS200ERBPG1ACS was created to have a large outward rectangular case. This was open on one side to allow for the insertion of various components and cards. Other areas on the card were perforated to allow for easy airflow. A few of the edges on the casing were fitted with flanges which had small industrial holes drilled through them allowing for easy mounting. The module had a small airflow fan installed toward the rear surface. The ERBP provided communication amongst all the boards mounted within it. These included boards such as IGBT, EPSM, ERDD, ERIO, ACLA, and DSPX.

For a comprehensive list of circuit boards connected within the product including ones mounted by means of cable connectors, please look for GE manual GEI-100488a.

Our highly skilled technicians can repair your IS200ERBPG1ACA. All of our repairs come with a 3 Year AX Control Warranty. Please contact us for additional information about our repair process. To receive the repair pricing and lead time listed above please process your repair order via our website. The following repair options may be available upon request: