Sell Surplus: Have a IS200DAMAG1ACA to sell? Sell Now 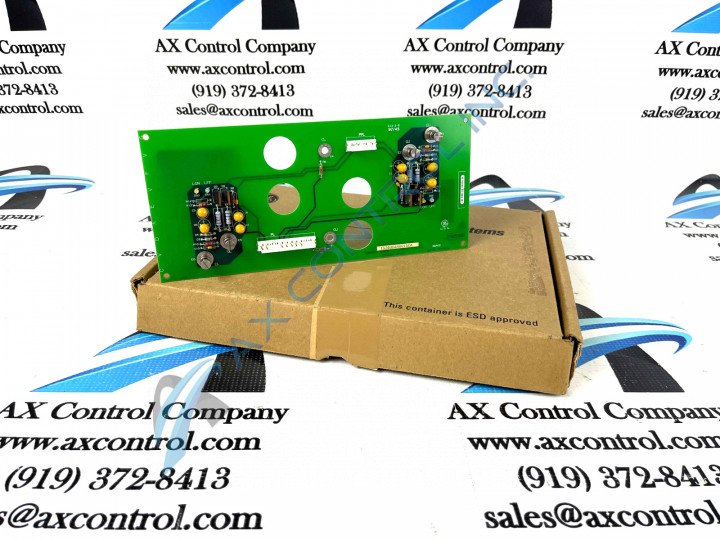 Sell Surplus: Have a IS200DAMAG1ACA to sell? Sell Now

The IS200DAMAG1ACA printed circuit board is a Gate Drive Amplifier and Interface Board for Innovation Series 620  frame low voltage drives.  Innovation drives were used as part of General Electric Mark VI Speedtronic systems for the control of gas and steam turbines.

The IS200DAMAG1ACA is a small board with only a few mounted components.  This includes four LED indicators (DS1 through DS4).  These LEDs are either green or yellow and light up as follows:  DS1 (yellow) is on with the upper IGBT is on while DS3 (green) is on when the same IGBT is off.  DS2 (yellow) and DS4 (green) follow the same pattern for the lower IGBT.   The boards also include a 12-pin vertical connector and a 6-pin vertical connector, along with several resistors, capacitors, diodes, and transistors.  The board is cut out in several places within the body of the board, carries the GE logo, and is marked with several codes.

AX Control typically maintains on-hand stock of this part and other GE components, as well as replacement parts from Woodward, Reliance, Cognex, and other manufacturers.  If you’re in the process of upgrading your plant, feel free to contact us about selling us your surplus inventory.  A form is located on our website.

Our highly skilled technicians can repair your IS200DAMAG1ACA. All of our repairs come with a 3 Year AX Control Warranty. Please contact us for additional information about our repair process. To receive the repair pricing and lead time listed above please process your repair order via our website. The following repair options may be available upon request: