Sell Surplus: Have a IS200DAMAG1B to sell? Sell Now 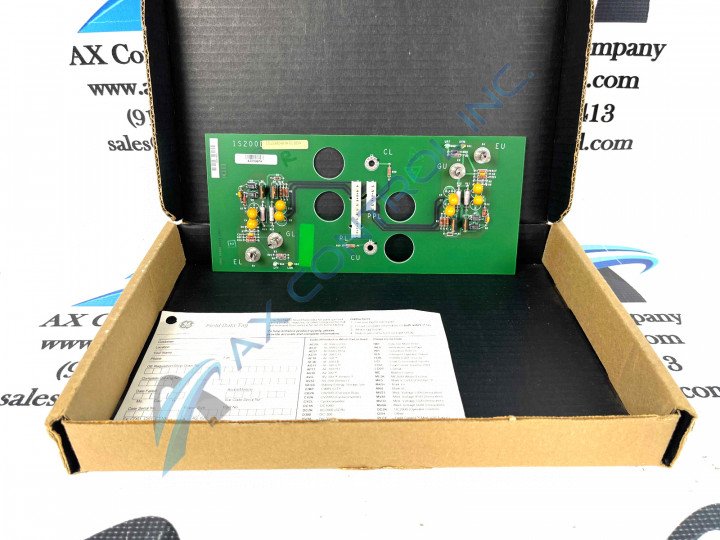 Sell Surplus: Have a IS200DAMAG1B to sell? Sell Now

The IS200DAMAG1B is a device known as an inverter card. This is a printed circuit board or PCB which is a component in the 193x series by General Electric or GE. The 193x series consists of many devices which are used to manage the operations of gas and steam turbines for industrial use.

The IS200DAMAG1B is a relatively small rectangular printed circuit board. A variety of small electronic components may be found concentrated mostly in two (2) groups on either side of the PCB. Each of these groups contain the same components. Two (2) tall silver metal components which are labeled with the letter E may be seen in each group. Also featured in each of the groups are two four (4) yellow capacitors. Two (2) resistors which are light blue with a series of multicolored bands have been placed in the center of these capacitors. The bands on these resistors may be blue, grey or silver. At the top of each collection of small components, there are two (2) small LEDs of light-emitting diodes. One (1) of these diodes is yellow in color and the other is blue. At least three (3) other small resistors have been placed on each side of the IS200DAMAG1B. These resistors contain bands that are black, red, or yellow. Two (2) small diodes which are silver are paired together on each side as well as two (2) very small solid yellow capacitors. Placed in the center of the IS200DAMAG1B are two (2) collections of metal jumper pins. Eight (8) pins can be found in a group at the bottom and another four (4) are placed near the top of the IS200DAMAG1B.

Our highly skilled technicians can repair your IS200DAMAG1B. All of our repairs come with a 3 Year AX Control Warranty. Please contact us for additional information about our repair process. To receive the repair pricing and lead time listed above please process your repair order via our website. The following repair options may be available upon request: