The GE IS200DAMAG1BBB is a Mark VI Speedtronic printed circuit board that functions as a snubber card.

Sell Surplus: Have a IS200DAMAG1BBB to sell? Sell Now 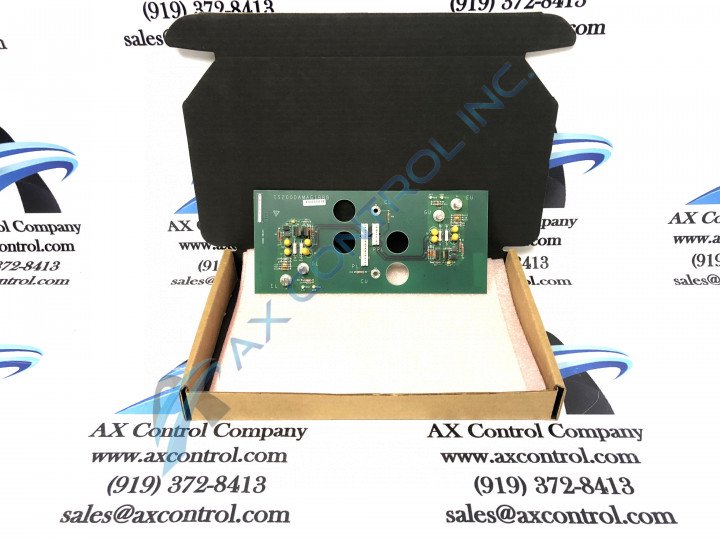 The GE IS200DAMAG1BBB is a Mark VI Speedtronic printed circuit board that functions as a snubber card.

Sell Surplus: Have a IS200DAMAG1BBB to sell? Sell Now

The IS200DAMAG1BBB is a board component from the Innovation series of boards for the Mark VI turbine control system.  The Mark VI was one of the last of the Speedtronic systems created and distributed by General Electric for turbine control.

The IS200DAMAG1BBB functions as a Gate Driver Amplifier and Interface.  The board is used as an interface between power switching devices like IGBTs and the control rack.   This board is used with 620 frame drive power.

The IS200DAMAG1BBB is considered a static-sensitive board.  In order to avoid damage caused by a buildup of static electricity, those handling this component should use static-sensitive handling techniques.  This includes the use of wrist ground straps and ensuring the unit has been removed from energized equipment before touching it.   AX Control ships this board using anti-static bags to comply with these handling guidelines.  If you are storing this component for any amount of time we recommend using the bag as part of your storage.

For more information about the IS200DAMAG1BBB board or about the Mark VI system in general, please refer to original documentation from General Electric.  This includes datasheets, user guides, and product manuals.

Our highly skilled technicians can repair your IS200DAMAG1BBB. All of our repairs come with a 3 Year AX Control Warranty. Please contact us for additional information about our repair process. To receive the repair pricing and lead time listed above please process your repair order via our website. The following repair options may be available upon request: