Sell Surplus: Have a IS200AEBMG1A to sell? Sell Now 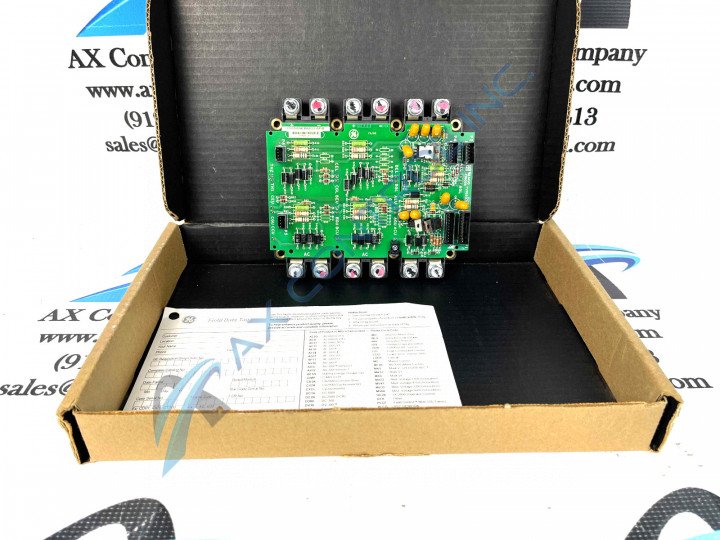 Sell Surplus: Have a IS200AEBMG1A to sell? Sell Now

The IS200AEBMG1A is a circuit board component designed as part of the Mark VI Speedtronic system from General Electric.

The IS200AEBMG1A is a rectangular board with shaped edges that is mounted to a carrier frame.  This frame is marked with a separate part number (151x122OBQ01.)  The frame allows for easier mounting of the board within its final rack location.  Attached to this frame there are several screw connections that extend to either long side of the board (top and bottom).   This gives the board six sets of two screw connections. These are marked on the board as +, -, and AC.   It also adds multiple open points along the frame’s bottom edge to connect mounting screws.  The board is attached to this frame using small clamps attached to the frame and the board using small screws.

The IS200AEBMG1A itself has several factory-made drill holes along its edge.  The board is marked with the board number, with the GE logo, and with multiple codes.  It also has a barcode and reference designations printed on the board’s surface to help with the identification of mounted components.   Some of these components include six vertical pin plugs (P1 through P6) and four stab-on connectors.  There are also resistors made from metal film.  These are placed on the board in pairs or in threes.  The board has several lines of diodes and also has two lines of capacitors.  The board does not have any integrated circuits.

For a more detailed look at the IS200AEBMG1A,  refer to user guides and product manuals from General Electric.  These were often provided with your OEM purchase.

Our highly skilled technicians can repair your IS200AEBMG1A. All of our repairs come with a 3 Year AX Control Warranty. Please contact us for additional information about our repair process. To receive the repair pricing and lead time listed above please process your repair order via our website. The following repair options may be available upon request: