The GE Mark VI IS200AEAAH1CPR is a printed circuit board created by GE for the Mark VI series. This board is part of GE's speedtronic series.

Sell Surplus: Have a IS200AEAAH1CPR to sell? Sell Now 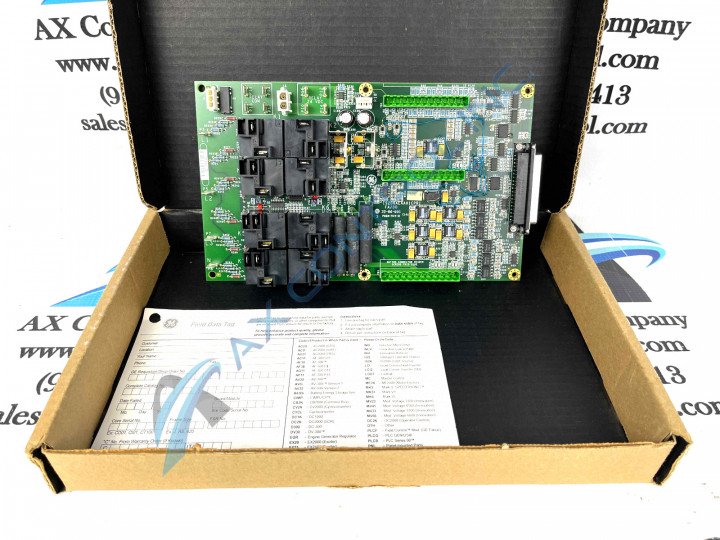 The GE Mark VI IS200AEAAH1CPR is a printed circuit board created by GE for the Mark VI series. This board is part of GE's speedtronic series.

Sell Surplus: Have a IS200AEAAH1CPR to sell? Sell Now

The IS200AEAAH1CPR is a board component from the GE Speedtronic Mark VI series.  The MKVI is a gas/steam heavy-duty turbine management system and is part of the popular Speedtronic line that began development in the late 1960s.  The MKVI includes proprietary software such as CIMPLICITY graphics and GE’s Control System Toolbox (a maintenance program) installed on a Windows-based operating system.

The IS200AEAAH1CPR is a rectangular board that has been drilled in each corner and along each long edge.  The board has three terminal strips placed parallel to each other along the short dimension of the board.  Each of these strips has twelve connections.  There is a female connector along one edge (right-angled) along with a two-position female connector on the top edge.  Additionally, the board has a three-pin vertical male connector and sixteen stab-on connectors which are organized in two groups of four and a line of eight.

Other board components include eight relays (K1 through K8) and two heat sinks, along with wire wound resistors and other resistors.  Additionally, the board houses capacitors, diodes, and over forty integrated circuits. Installation procedures can be found in manuals or datasheets originally provided by the OEM.  If these are no longer available, AX Control may be able to provide duplicates with your order.

All static-sensitive boards are shipped in anti-static bags to protect from damage during shipment.  All shipping options are listed on our shipping page.  We are also happy to work with your private courier service.  Local customers can arrange to pick up parts at our North Carolina facility during open hours.

Our highly skilled technicians can repair your IS200AEAAH1CPR. All of our repairs come with a 3 Year AX Control Warranty. Please contact us for additional information about our repair process. To receive the repair pricing and lead time listed above please process your repair order via our website. The following repair options may be available upon request: