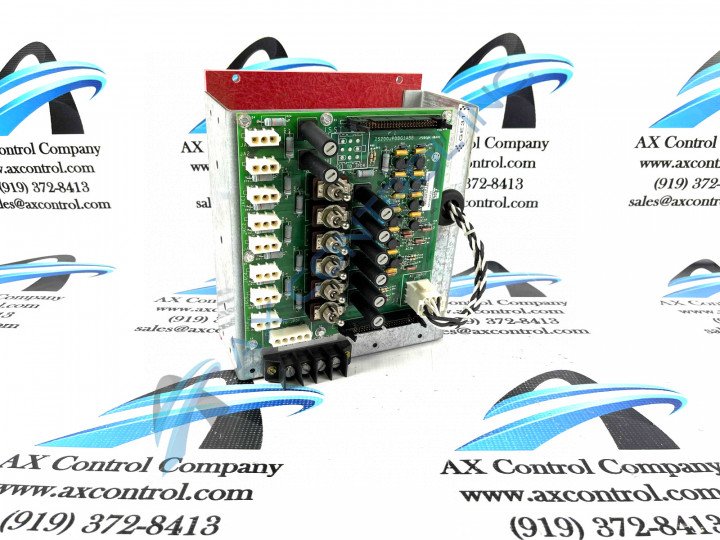 The IS2020JPDBG01 is an AC Power Distribution Module from General Electric that was created for the Mark VI system.  The Mark VI is part of the Speedtronic line of gas/steam turbine management systems that began with the Mark I in the 1960s. The Mark VI was the third of the Speedtronic systems to use TMR (triple modular redundant) architecture, although the system was also available in Simplex form.

The IS2020JPDBG01 is compatible with P1 and P2 feedback signal connectors on JPDS, JPDF, and JPDE boards, as well as JPDM boards leading to a PPDA I/O pack.  This module is mounted in a cabinet used by the PDM. It is grounded through metal mounting supports that are fastened to the underlying sheet metal of the module.

The IS2020JPDBG01 have two sources of ac power wired on the ride side of the module through a terminal board.  Power goes to ac line filter assemblies located under the IS200JPDB PCB, where a wire harness connects the assemblies to the board’s J1 connector.   The module also uses an IS200JPDBH2A board with an ac source selector.

More information about the IS2020JPDBG01 module and its use and configuration can be found within GE publication GEI-100613.

Our highly skilled technicians can repair your IS2020JPDBG01. All of our repairs come with a 3 Year AX Control Warranty. Please contact us for additional information about our repair process. To receive the repair pricing and lead time listed above please process your repair order via our website. The following repair options may be available upon request: