The IS200VSVAH1ADD is a GE Mark VI printed circuit board

Sell Surplus: Have a IS200VSVAH1ADD to sell? Sell Now 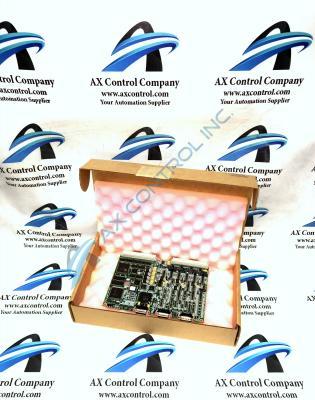 The IS200VSVAH1ADD is a GE Mark VI printed circuit board

Sell Surplus: Have a IS200VSVAH1ADD to sell? Sell Now

The IS200VSVAH1ADD is a board component for the Mark VI system.  The Mark VI was released by GE as part of the “Speedtronic” line, which was their successful line of gas and steam turbine management systems that began with the Mark I and continued through to the release of the Mark VI and Mark VIe.

The IS200VSVAH1ADD functions within the MKVI system as a Servo Control card. This card connects to two terminal boards (TSVAs.) These boards control up to four electro-hydraulic servo valves that start the steam/fuel valves.   They provide TMR (triple modular redundancy) control for retrofit applications if three-coil servo valves are not present.

The IS200VSVAH1ADD has a faceplate with components mounted into it, including three LED indicators.  These are green, red, and yellow. The faceplate has three cable connectors that are labeled “J5,” “J7,” and “J8.”

The IS200VSVAH1ADD is built with four relays.  It has two backplanes (P1 and P2) located on the back edge of the board.  The board has multiple integrated circuits, including field programmable gate arrays and digital signal processors.  It has transistors, TP test points, diodes, resistors, and capacitors. Some components are located on the rear edge of the board.   The board has an internal sample rate of 200Hz and a pulse rate accuracy of 0.05% of reading with 16-bit resolution at a 50 Hz frame rate.    The board has multiple ferrite beads to minimize high-frequency noise.

More information on the IS200VSVAH1ADD board, including installation, diagnostics, and configuration may be found by using publications from the manufacturer.

Our highly skilled technicians can repair your IS200VSVAH1ADD. All of our repairs come with a 3 Year AX Control Warranty. Please contact us for additional information about our repair process. To receive the repair pricing and lead time listed above please process your repair order via our website. The following repair options may be available upon request: