Sell Surplus: Have a IS200TREGH1A to sell? Sell Now 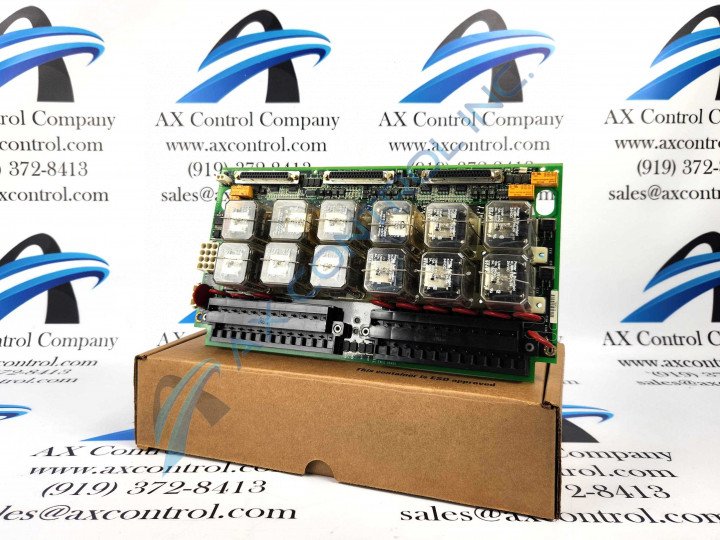 Sell Surplus: Have a IS200TREGH1A to sell? Sell Now

The IS200TREGH1A emergency trip termination board was manufactured by General Electric or GE to be a part of the Mark VI series. This series and the other series in the Mark family were made for the automation and management of industrial turbine systems. These series have been utilized around the globe in many various industries.

The IS200TREGH1A prominently features twelve (12) large components called relays. These devices may also be known as contactors. These relays have been aligned into two (2) rows of six (6) components each. The relays are white and black with cube shaped covers that are made from transparent plastic. A long silver metal wire is situated over the top of each relay. Several MOVs (metal oxide varistors) which are circular and solid red have been placed all around the IS200TREGH1A. These MOVs are aligned along the left and top sides of the IS200TREGH1A. Three (3) white jumper ports are situated on the top edge of the IS200TREGH1A. One of these connectors features three (3) ports and the other contains twelve (12) and two (2) small ports. Four (4) rectangular capacitors which are solid yellow have been positioned on the right side of the IS200TREGH1A. Many small integrated circuits which are black have been aligned on the right half of the IS200TREGH1A in a vertical line. Many smaller integrated circuits have been lined up in a long row to the right of these larger circuits. Two (2) large components are lined up on the left border which are called terminal blocks. Both of the terminal blocks are black and contain metal terminals that are numbered from one to forty-eight.

Our highly skilled technicians can repair your IS200TREGH1A. All of our repairs come with a 3 Year AX Control Warranty. Please contact us for additional information about our repair process. To receive the repair pricing and lead time listed above please process your repair order via our website. The following repair options may be available upon request: