The IS200RAPAG1B is a GE Mark VI printed circuit board

Sell Surplus: Have a IS200RAPAG1B to sell? Sell Now 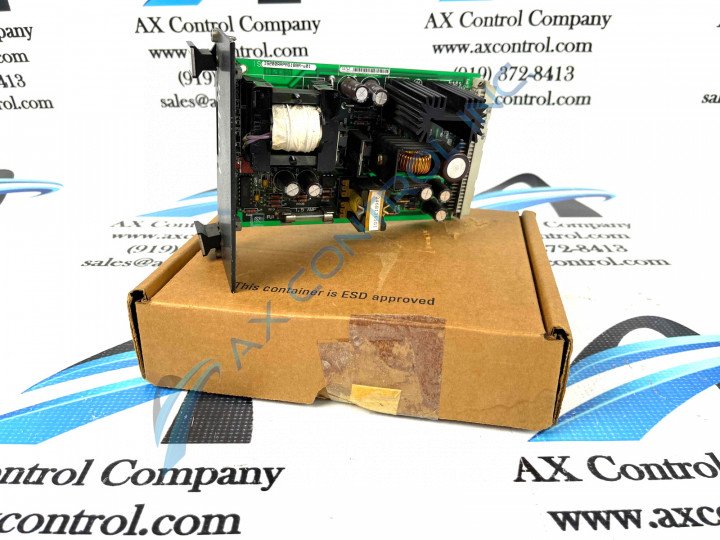 The IS200RAPAG1B is a GE Mark VI printed circuit board

Sell Surplus: Have a IS200RAPAG1B to sell? Sell Now

The IS200RAPAG1B is a PCB board component designed to be a part of the Mark VI system.  This system is one of several that belongs within the Speedtronic line of steam/gas turbine management series that was developed and released by General Electric from the late 1960s until the 2000s.  The MKVI includes an Operator Interface designed using a PC with a Microsoft Windows operating system that supports GE CIMPLICITY graphics and the GE Control System Toolbox.

The IS200RAPAG1B is a Rack Power Supply Board.  The IS200RAPAG1B is mounted in the Innovation Series board rack and includes a parallel-style bus host processor.  The board is built with a front panel. This panel has two LED indicators that are labeled IPOK and MPOK. The board also has a long, narrow opening that allows access to four TP test points.  These TP test points allow for signal measurement. They are labeled N15, P5, P15, and DCOM. The board also allows for access to a reset switch.

The board has two transformers of different sizes, a single fuse (1 amp, 250V fuse) a single backplane connector, various integrated circuits including a serial 1024-bit memory device, several transistors, two heat sinks, and an inductor coil.  The board also has capacitors of various materials, including high-voltage electrolytic capacitors, as well as metal film resistors. The board is factory drilled in several locations. Most components carry a reference designator.

AX Control is a leading supplier of aftermarket industrial automation parts.  Some of our inventory is surplus parts sold to us by customers. If you have surplus parts, get a quote from one of our team members today.

This board plugs into the Innovation Series rack using a P1 backplane connector. This is a 3-row connector with 32 pins per row. Refer to associated manuals for a full description of pin connections. This is the only connector on the RAPA board. --AX Control Tech Team.

Our highly skilled technicians can repair your IS200RAPAG1B. All of our repairs come with a 3 Year AX Control Warranty. Please contact us for additional information about our repair process. To receive the repair pricing and lead time listed above please process your repair order via our website. The following repair options may be available upon request: