IS220PDIOH1B is an I/O pack from the GE Speedtronic MKVIe series of gas turbine controllers with two Ethernet ports, a local processor, and a data acquisition board.

Sell Surplus: Have a IS220PDIOH1B to sell? Sell Now 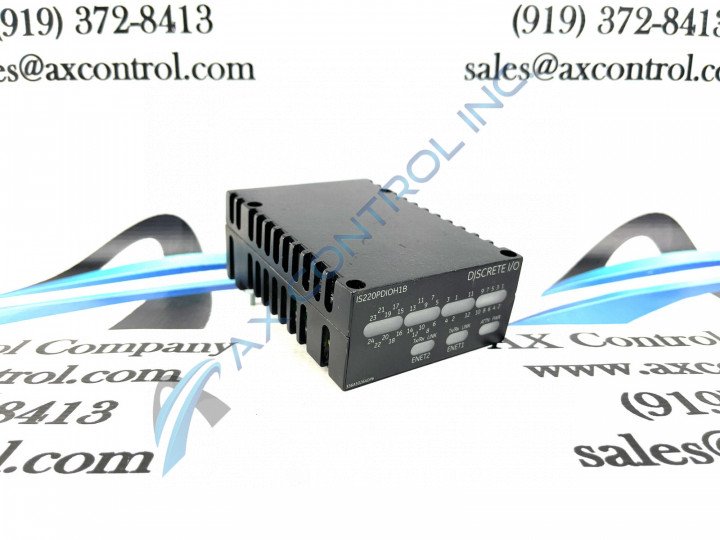 IS220PDIOH1B is an I/O pack from the GE Speedtronic MKVIe series of gas turbine controllers with two Ethernet ports, a local processor, and a data acquisition board.

Sell Surplus: Have a IS220PDIOH1B to sell? Sell Now

This unit contains two Ethernet ports, a local processor, and a data acquisition board for use within the GE Mark VI Speedtronic Series. The electronics technology for the Mark VIe I/O packs introduced in 2004 is obsolete. The front panel of the IS220PDIOH1A includes LED indicators for both ethernet ports, for the unit’s power, as well as an “attn” LED. Additional LEDs are related to relay connections.

The IS220PDIOH1B has a minimum voltage rating of 27.4 VDC while the nominal rating is 28.0 VDC. The unit and its associated terminal boards have specific field wiring connection instructions that must be followed, including wire size and screw torque.

For more information about this I/O module or about associated terminal boards, please refer to the original documentation from General Electric. Manuals, datasheets, and user guides will provide detailed specifications about installation, maintenance, and handling that should be reviewed before unboxing your part from AX Control.

Our on-hand stock of industrial automation parts allows us to more quickly respond to your needs.

The plethora of LED indicators on the model allows users to have an expanded view of their system connections. With an abundance of parts for this unit in our stock and on the market, long-term ease of use, future repairs, and replacement will be a breeze. - AX Technician

Our highly skilled technicians can repair your IS220PDIOH1B. All of our repairs come with a 3 Year AX Control Warranty. Please contact us for additional information about our repair process. To receive the repair pricing and lead time listed above please process your repair order via our website. The following repair options may be available upon request: