The IS200VRTDH1D is a GE Mark VI printed circuit board

Sell Surplus: Have a IS200VRTDH1D to sell? Sell Now 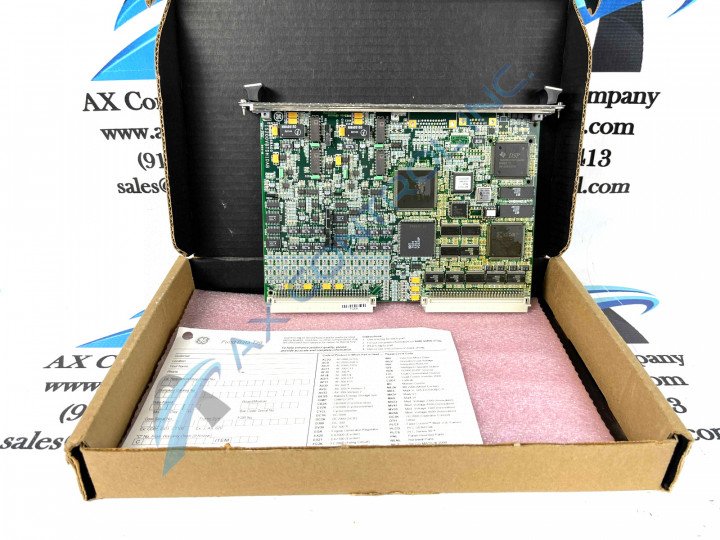 The IS200VRTDH1D is a GE Mark VI printed circuit board

Sell Surplus: Have a IS200VRTDH1D to sell? Sell Now

The IS200VRTDH1D is a GE Mark VI board component.  The Mark VI is part of the Speedtronic line of gas and steam turbine management  developed and released by General Electric from the late 1960s all the way through the beginning of the 2000s. This turbine management line began with the Mark I and has progressively become more technologically advanced. The Mark VI includes a triple redundant central control module connected to a PC-based operator interface.  This Operator Interface allows for the access of turbine data from a single location using software designed for turbine control.

The  IS200VRTDH1D is an RTD (Resistance Temperature Device) Input.   The board accepts sixteen three-wire RTD inputs, although these inputs are not wired directly to the board.  Instead, the inputs wire to an RTD terminal board and connect by cables to the VME rack in which the IS200VRTDH1D is mounted.

The  IS200VRTDH1D has a single-slot faceplate.  There are three LED indicators mounted in the faceplate used to indicate Run/Fail/Status. The LEDs are green, red, and orange in color.  The faceplate is connected to the main PCB using three screws.

The  IS200VRTDH1D is component dense.  The board capacitors (over 200,) and resistors (several hundred,) as well as over 200 integrated circuits.  This includes field programmable gate arrays (FPGAs.) The board has inductor beads located in several lines.  It is drilled in several locations, including around specific mounted chips. The board is marked with codes such as 94V-0, 6BA01, and PC-40802.  GE publication GEH-6421 will provide more information on components and installation of the board.

AX Control appreciates the trust you put in us to help you keep your facility running.  Please let us know how we can better satisfy your expectations.

Our highly skilled technicians can repair your IS200VRTDH1D. All of our repairs come with a 3 Year AX Control Warranty. Please contact us for additional information about our repair process. To receive the repair pricing and lead time listed above please process your repair order via our website. The following repair options may be available upon request: