GE Turbine Terminal Board (TTUR) for a Mark VIe system

Sell Surplus: Have a IS200TTURH1CCC to sell? Sell Now 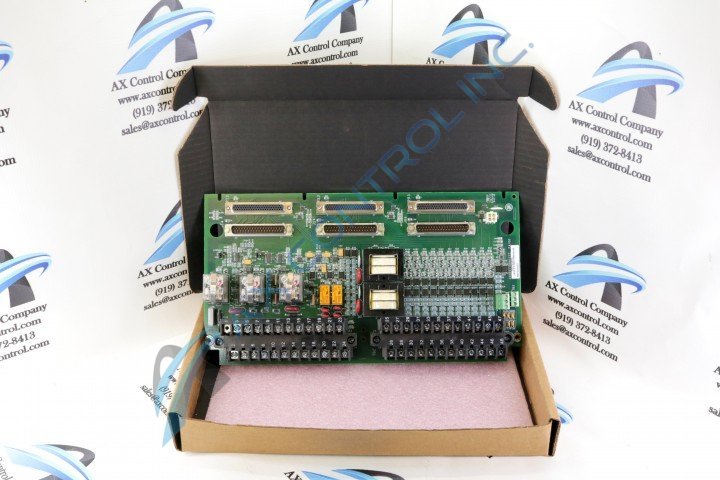 GE Turbine Terminal Board (TTUR) for a Mark VIe system

Sell Surplus: Have a IS200TTURH1CCC to sell? Sell Now

The IS200TTURH1CCC is a GE Turbine Terminal Board (TTUR) for a Mark VIe system. The Mark VIe series of parts are no longer being supported by GE and may now be difficult to find. AX Control does try to keep the IS200TTURH1CCC in stock as a refurbished or new surplus part.

The IS200TTURH1CCC normally interfaces with a Primary Turbine Protection PCB (VTUR). The TTUR controls the TRPG (Primary Trip Terminal) board using PTUR packs. It has the ability to support Simplex and TMR applications.

On the IS200TTURH1CCC, there are three female 37-pin ports and three male 37-pin connectors. The connectors are used to connect to a TRPG board. There are two terminal strips with two rows of terminals. The first terminal strip has terminals labeled 1-24. The second terminal strip has terminals labeled 25-48. There are two green 3-pin jacks and a white 4-pin jack. On the bottom corners, it has two reinforced terminal holes. On the top edge, it has four mounting divots and a small factory drilled hole. On the sides near the top corners are two large factory drilled holes. This board has two large transformers, eight red circular components, many diodes, resistors, and capacitors.

Our highly skilled technicians can repair your IS200TTURH1CCC. All of our repairs come with a 3 Year AX Control Warranty. Please contact us for additional information about our repair process. To receive the repair pricing and lead time listed above please process your repair order via our website. The following repair options may be available upon request: