The Mark VI IS200TPIMG1AAB is a protective interface printed circuit board made by GE. It is a part of the GE Mark VI IS200 Speedtronic Series.

Sell Surplus: Have a IS200TPIMG1AAB to sell? Sell Now 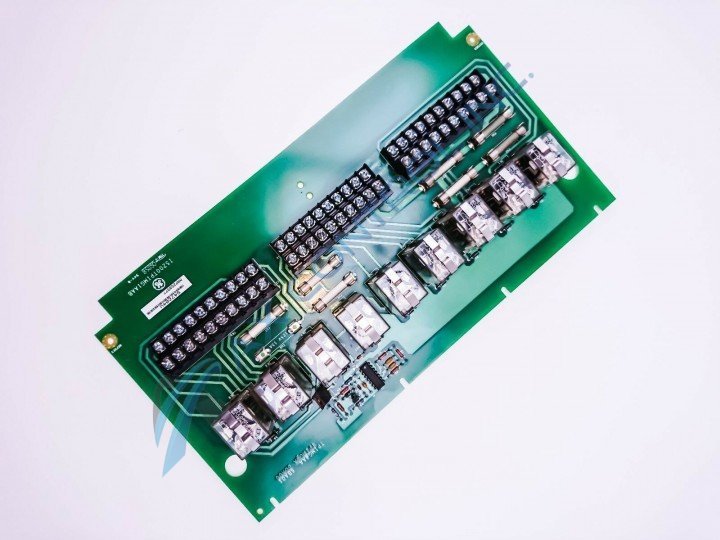 The Mark VI IS200TPIMG1AAB is a protective interface printed circuit board made by GE. It is a part of the GE Mark VI IS200 Speedtronic Series.

Sell Surplus: Have a IS200TPIMG1AAB to sell? Sell Now

The IS200TPIMG1AAB is a terminal protective interface board.  It is a circuit board component (PCB) within the Mark VI series from General Electric.  The Mark VI is part of GE’s series of industrial turbine management systems marketed under the Speedtronic name.  These began with the Mark I system in 1969 and continued on through the beginning of the 2000s with the Mark VIe.  Each Speedtronic system improved upon the previous system.  The Mark VI  included Ethernet capabilities (IONet) and a central control unit built on a Windows-based HMI unit.

The IS200TPIMG1AAB is a wide rectangular circuit board.  The board has shaped corners on one side of the board and has notches cut in the opposite side of the board.  It also has circular openings cut into the board and five smaller round factory-made drill holes.  Two of these are surrounded by a conductive material.

The IS200TPIMG1AAB has several components mounted to its surface.  This includes nine relays in a single line, three terminal blocks with twenty screw-connect terminals per block, and eight fuses.  The fuses are grouped as two groups of four.   Additionally, the board has transistors, integrated circuits, resistors, capacitors, and diodes.

For more information regarding the IS200TPIMG1AAB, please refer to manuals or data sheets originally provided by General Electric.  These publications will also include detailed information about installation, maintenance, and handling.

AX Control typically ships in-stock products the same day we receive your order.  Static-sensitive boards will be protected by anti-static wraps.   If expedited shipping is required, please let us know.

Our highly skilled technicians can repair your IS200TPIMG1AAB. All of our repairs come with a 3 Year AX Control Warranty. Please contact us for additional information about our repair process. To receive the repair pricing and lead time listed above please process your repair order via our website. The following repair options may be available upon request: