Sell Surplus: Have a IS200EACFG2BAA to sell? Sell Now 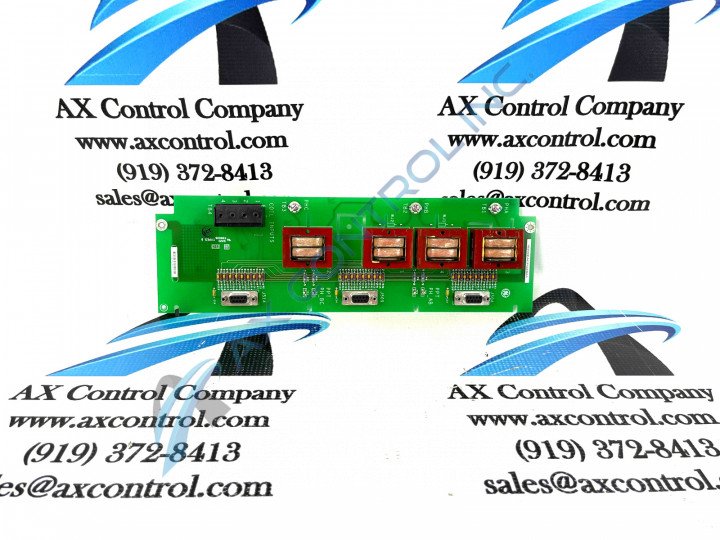 Sell Surplus: Have a IS200EACFG2BAA to sell? Sell Now

Though the IC200EACFG2BAA is a small circuit card, it contains many different electronic components. Four square-shaped spaces are featured lined up vertically in the center of the board. These spaces are made to house transformers. They are labeled as T3, T4, T1, and T2 from top to bottom. Two (2) of these spaces are occupied by square transformers that are red. These have yellow parts on the top. The two transformers are sitting in the spaces at the top and bottom. Positioned on the bottom of the left side of the IC200EACFG2BAA there is a black terminal block labeled as TB4. The words COIL INPUTS are written right above the terminal block. Three small silver components may also be seen on the left edge of the IC200EACFG2BAA that are marked as TB1, TB2, TB3. Above these parts are the names PHA, PHB, and PHC respectively. On the opposite half of the IC200EACFG2BAA there is a long line of small resistors and capacitors which alternate. The capacitors are solid yellow and the resistors are patterned with bands that are red and white. These are broken up into three (3) groups which each contain eight (8) components.

Our highly skilled technicians can repair your IS200EACFG2BAA. All of our repairs come with a 3 Year AX Control Warranty. Please contact us for additional information about our repair process. To receive the repair pricing and lead time listed above please process your repair order via our website. The following repair options may be available upon request: