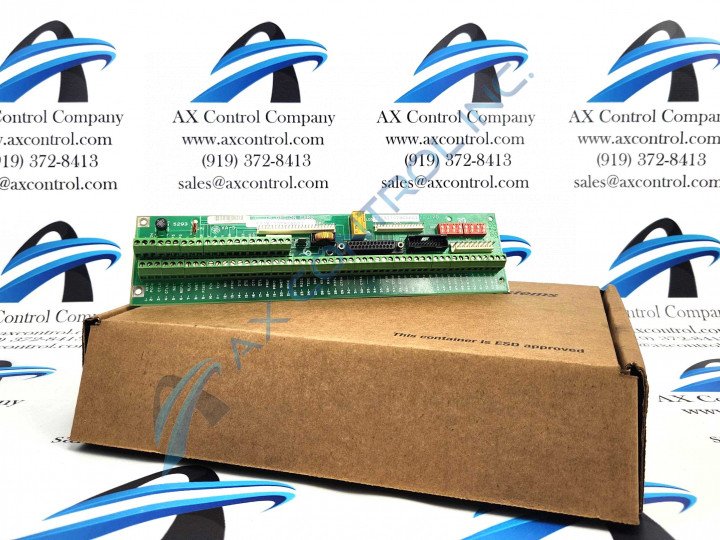 The F31X170TBSAAG1 is a Terminal Board Option Card fabricated by GE as a part of their general purpose drive systems, including the DC-300 drive.  While many of these systems are considered obsolete at this time, they were originally designed as powerful, flexible drives capable of tasks within industrial environments.   This board has an alternate number of 531X170TBSAAG1 and is part of the 531x board series.

The  F31X170TBSAAG1 is designed with mounting holes drilled at each corner and along the board edge.  It is a long and narrow board, measuring 11 by 2.75 inches. It is marked with several codes that include FR02/2, VA-4, and 3886.

Other components that appear on the surface of the  F31X170TBSAAG1 include a relay, an inductor coil, one jumper switch, a polyester vinyl capacitor, two switch components, and one rectifier diode.   The capacitor is rated 200V 10+/- 10%. The switch components each have four toggles that can be set either to DTF or to DCE. The relay is marked DS2E-M-DC24V.  It has gold-clad twin contacts and is suitable for use in difficult environments. More information about the board, including installation procedures, may be accessed through GE publications like manuals and data sheets.

Our highly skilled technicians can repair your F31X170TBSAAG1. All of our repairs come with a 3 Year AX Control Warranty. Please contact us for additional information about our repair process. To receive the repair pricing and lead time listed above please process your repair order via our website. The following repair options may be available upon request: