The F31X134EPRBEG1 is a PROCESSOR INTERFACE CARD PCB 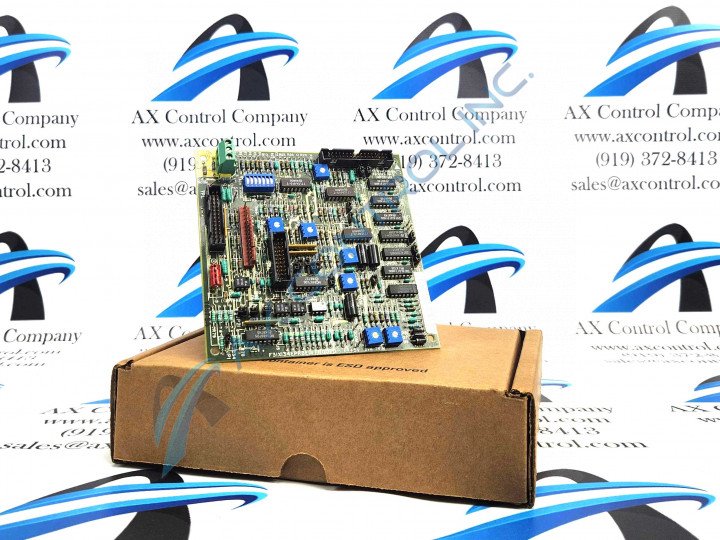 The F31X134EPRBEG1 is a PROCESSOR INTERFACE CARD PCB

The F31X134EPRBEG1 is a component fabricated by the General Electric Company to be used by various general purpose drive systems, including the DC-300 drive.  This PCB is not system-specific, but rather can be used in a number of similar drive systems. The DC-300 drive and other drives like it are typically now considered obsolete, but they were designed to be flexible and powerful systems capable of completing many tasks within industrial settings.

The  F31X134EPRBEG1 is an Encoder Process Board. It is part of the 531X series of boards and is marked with a secondary board number of 531X134EPRBEG1.  The code FR00/0 also appears on one edge.

The  F31X134EPRBEG1 has a three-screw terminal strip located in one corner.  This terminal strip can be used to monitor the motor speed using a voltmeter between 1 TB-1 and 1 TB-3.  It can also be used to adjust the PI-tach scale for 50% of motor speed. The board has over twenty jumpers, four resistor network arrays,  and seven potentiometers. Manuals from GE give more information on jumper settings.

The  F31X134EPRBEG1 has three male vertical pin cable connectors.  It has a single male vertical pin header connector. These components are used to connect the board to external components or to other boards.   The board also has one switch component with seven individually numbered toggles on the top surface of the switch. The toggles may be set to a default “closed” position, or to an “open” position.   The switch is labeled “Tach Range.” The board has over a dozen integrated circuits; all are marked with the manufacturer part numbers for simple identification. Refer to GE publications (data sheets/user guides) for more information on this board.

Our highly skilled technicians can repair your F31X134EPRBEG1. All of our repairs come with a 3 Year AX Control Warranty. Please contact us for additional information about our repair process. To receive the repair pricing and lead time listed above please process your repair order via our website. The following repair options may be available upon request: