The 531X302DCIAPG1 is a DC Instrumentation Card 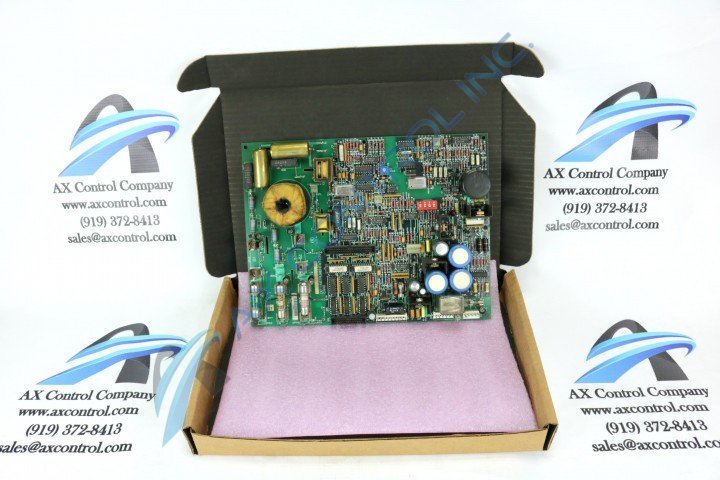 The 531X302DCIAPG1 is a DC Instrumentation Card

The 531X302DCIAPG1 is a circuit board component fabricated by GE for use with several of their drive systems, including a general purpose drive like the DC-300.  While many of these drive systems are now obsolete, they were initially designed to be flexible and powerful, capable of use for a number of industrial tasks.

The 531X302DCIAPG1 is a  DC Instrumentation Card. It has drill holes in each corner.  The board has multiple slots cut into its surface; many of these are transversed by components.   The board is marked with the GE logo, two id numbers, and several codes.

The 531X302DCIAPG1 has five fuses mounted into fuse holders located in the upper right quadrant.  An additional three fuses are located elsewhere on the board. Each fuse in the upper right quadrant is paired with a clear light indicator and with at least one stab-on connector.   There are clear light indicators and stab-on connectors located in other quadrants, as well as a single red LED indicator.

Other components on the 531X302DCIAPG1 include heat sinks, transformers, inductor coils, resistor network arrays, and jumper switches.  The board also has multiple transistors and rectifier diodes. It uses resistors made primarily of metal film, but some are made of carbon composite material.   The board has a potentiometer. Capacitors vary widely, and may be small ceramic or large electrolytic capacitors. Polyester vinyl and other materials are also used.

The 531X302DCIAPG1 has over twenty-five integrated circuits.  It communicates with other boards through connections to its two vertical pin male cable connectors and its six header connectors.   Publications provided by GE like user guides, data sheets and manuals will provide more information on installation and operation. These publications will also provide detailed safety and handling procedures.

Our highly skilled technicians can repair your 531X302DCIAPG1. All of our repairs come with a 3 Year AX Control Warranty. Please contact us for additional information about our repair process. To receive the repair pricing and lead time listed above please process your repair order via our website. The following repair options may be available upon request: