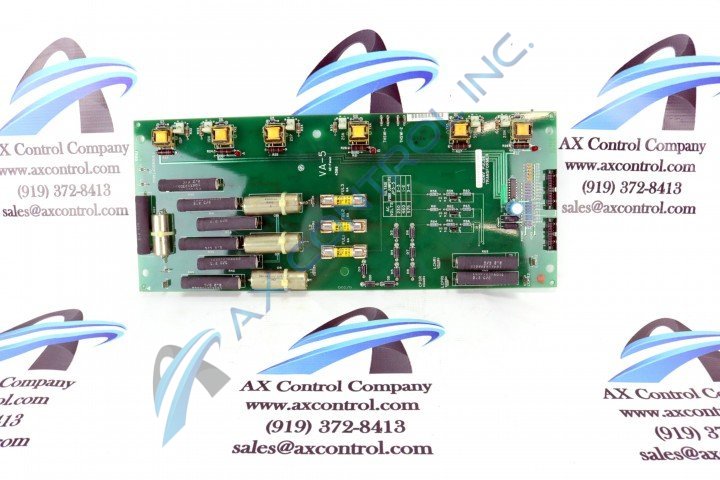 C, 52-8925 written on the side, and four large silver capacitors with CSC, .22-1200VDC-660 VAC, 104X122AA441, P168116, 8949, 4, written on the side. These large capacitors are also secured with a zip tie to keep them stable. The 531X185CPTAKG1 has six transformers along the upper edge. Near the seconded, fourth and sixth transformer is a small red LED. In between the first and second, the third and fourth, and the fifth and sixth transformers are two male clips.

Our highly skilled technicians can repair your 531X185CPTAKG1. All of our repairs come with a 3 Year AX Control Warranty. Please contact us for additional information about our repair process. To receive the repair pricing and lead time listed above please process your repair order via our website. The following repair options may be available upon request: