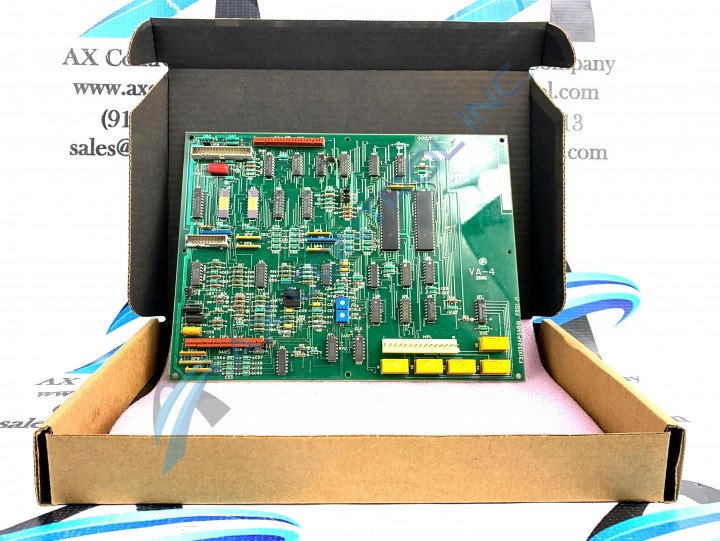 The 531X132APGACG1 is an Application card. This Application card is produced by General Electric. General Electric has been a leader in the electrical world since the 1800s. In 1876 Thomas Edison created his own laboratory. In 1879 Thomas-Hudson Electric Company was formed. These two companies merged in 1892 to create General Electric Company. The 531X132APGACG1 is now considered an out of date technology. However, at AX Control we specialize in out of data parts and equipment, in order to cater to older facilities to keep them up and running, without the need for pricey equipment overhauls and replacements.  The 531X132APGACG1 also has a combination of components such as diodes which direct energy flow much like a one-way street, male terminals that allow communication and power distribution between circuit boards with a wiring harness, and Variable Resistors that control the amount of energy passing through them. The 531X132APGACG1 has one-hundred and fourteen resistors. The resistors purpose is to convert unneeded energy into heat and release it.  The 531X132APGACG1 has twenty-six Integrated Circuits. The Integrated Circuits are small enclosed circuit boards used to house information programming to tell the circuit board its purpose. The 531X132APGACG1 has nine thin yellow capacitors and over eighty-five other types of capacitors.

AX Control’s wonderful staff is available through email or by phone for additional information.

Our highly skilled technicians can repair your 531X132APGACG1. All of our repairs come with a 3 Year AX Control Warranty. Please contact us for additional information about our repair process. To receive the repair pricing and lead time listed above please process your repair order via our website. The following repair options may be available upon request: