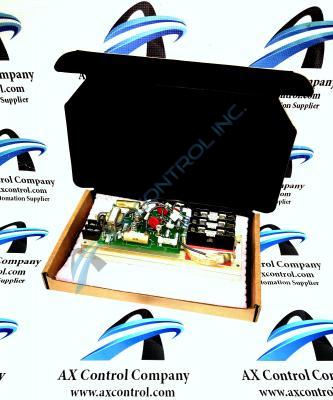 The 531X124MSDAHG1 has a large transformer.  A transformer is a static electrical device that transfers electrical energy between two or more circuits through electromagnetic induction. A varying current in one coil of the transformer produces a varying magnetic field, which in turn induces a varying electromotive force or "voltage" in a second coil. The transformer has three black wires. Two wires are thick and one is very thin. The thin wire is anchored to the circuit board, while the other two thicker wires are not. The two thick wires do have circular eyelets with a red connector at the end.

There are eight holes in the circuit board. Four holes have a metal border and the rest do not have a border.

Our highly skilled technicians can repair your 531X124MSDAHG1. All of our repairs come with a 3 Year AX Control Warranty. Please contact us for additional information about our repair process. To receive the repair pricing and lead time listed above please process your repair order via our website. The following repair options may be available upon request: