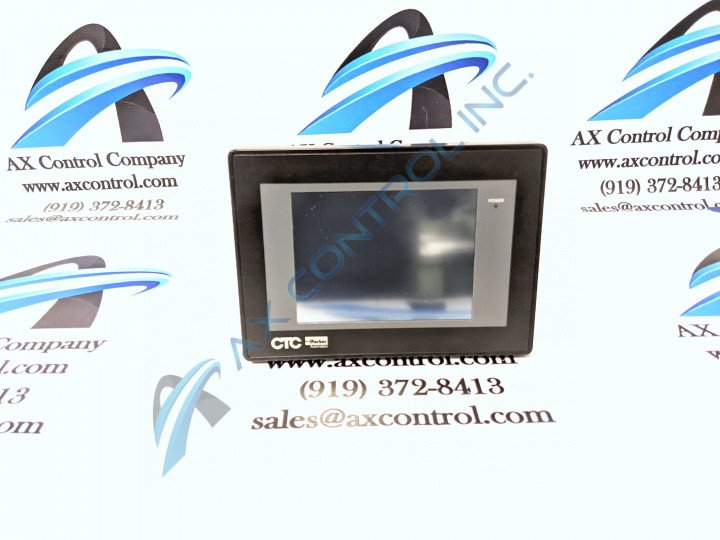 The P11-314DR power station and the P11-014DR power station are both included in the P1 family of Parker CTC power stations. These two units are differentiated because on is a color unit, and the other is monochrome. The P11-314DR is the color unit which is described as a color STN – FLASH order specification. The order specification of the other P1 configuration (P11-014DR power station) is a mono LCT – FLASH power station. Each P1 power station, regardless of the specific order option, has a standard 8 MB system memory (1 SIMM 72 pin). The unit’s storage memory is actually greater at 16 MB, with a field replaceable FLASH disk. The resolution of the 5.7 inch display (diagonally) is ¼ VGA which is also characterized as 320 x 240. The P1 power supply units have two serial I/O ports. One is a non-isolated RS232/422/485 port, and the other is a non-isolated RS232 I/O port. The Ethernet that the P1 power stations are compatible with is a NE 2000. The characteristics of the Ethernet are 10 MBPS with at 10Base-T and an RJ45 connector. The P1 power station consumes a maximum of 50 watts.

Our highly skilled technicians can repair your P11-314DR. All of our repairs come with a 3 Year AX Control Warranty. Please contact us for additional information about our repair process. To receive the repair pricing and lead time listed above please process your repair order via our website. The following repair options may be available upon request: