MicroNet Digital Controller 5466-318 is a Triple Modular Redundant Kernel Power Supply module. This module MUST be used/matched with the TMR040 CPU module. The 5466-318 unit can regulate the incoming power supply to 5 VDC or 10 A for the remaining kernel sections. 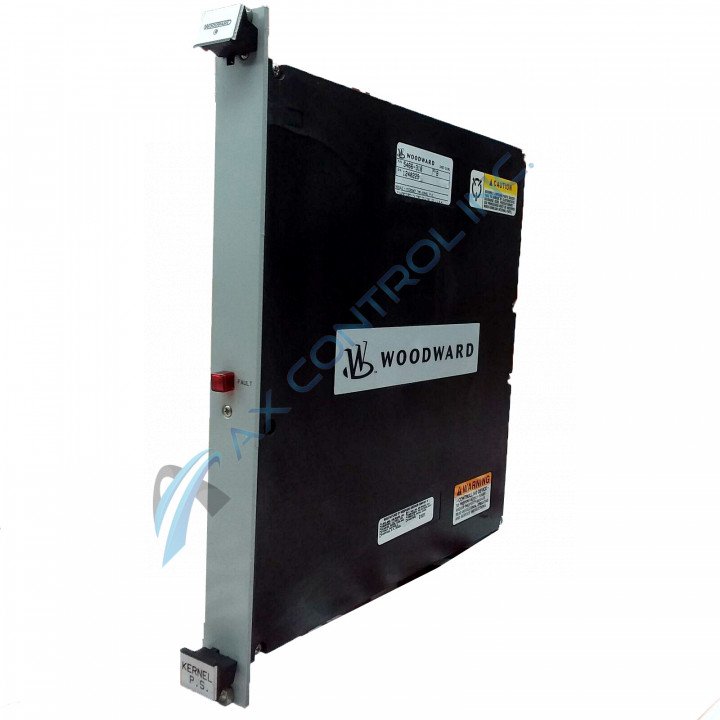 MicroNet Digital Controller 5466-318 is a Triple Modular Redundant Kernel Power Supply module. This module MUST be used/matched with the TMR040 CPU module. The 5466-318 unit can regulate the incoming power supply to 5 VDC or 10 A for the remaining kernel sections.

Designed by Woodward Inc for the MicroNet Digital Control Series, the 5466-318 module was designed as a Triple Modular Redundant (TMR) Kernel Power Supply (P.S) module. When this module is installed it will be used in applications that operate on a MicroNet TMR system as one of three kernel power supplies. When installed this module will be inserted into the first slot of the kernel section. Please note that prior to removing a module such as this, all modules within the MicroNet TMR Kernel Power supply must be removed.

The physical makeup of the 5466-318 module is metal and only has one LED on the front faceplate of the module. The LED on the faceplate of the module is used to indicate the Power Health supply of the device. This module will operate on a power supply of twenty-four volts of direct current which comes from the MicroNet main power source. After the power supply has been received from the main MicroNet power source it will regulate it to either 10 A or 5 VDC for the remainder of the kernel section.

When the 5466-318 has been installed it can be used in a number of different sections, these sections are as follows, non-hazardous locations, Class I, Groups A-B-C-D, and Division 2 locations. If the module is installed in locations that are not the above potential errors can occur during operation.

Many models within the MicroNet Digital Control Series are considered obsolete due to no longer being produced by Woodward and not being widely available, the 5466-318 model is not one of these models as it can still be found widely available.

Our highly skilled technicians can repair your 5466-318. All of our repairs come with a 3 Year AX Control Warranty. Please contact us for additional information about our repair process. To receive the repair pricing and lead time listed above please process your repair order via our website. The following repair options may be available upon request: