Woodward MicroNet Digital Controller 5466-1520 is a P1020 CPU with a Cyber Security Application. The model can be used in simplex and redundant systems. The 5466-1520 module has four general Ethernet ports, two 100 Mbps ports, and two 1000 Mbps ports. 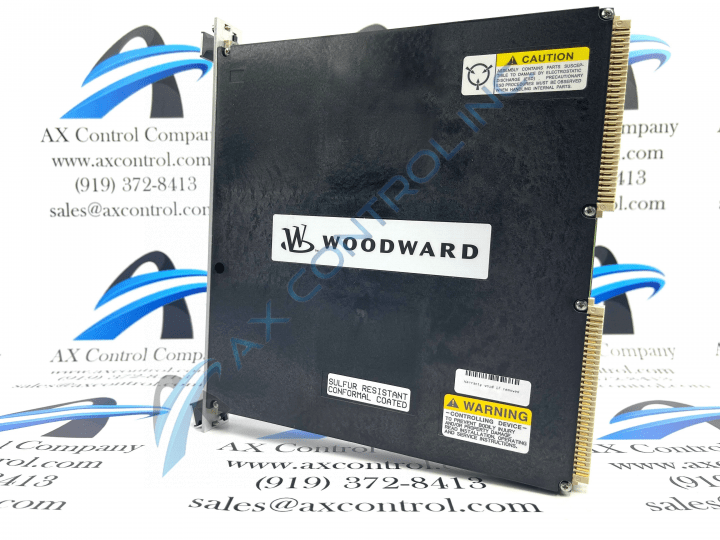 Woodward MicroNet Digital Controller 5466-1520 is a P1020 CPU with a Cyber Security Application. The model can be used in simplex and redundant systems. The 5466-1520 module has four general Ethernet ports, two 100 Mbps ports, and two 1000 Mbps ports.

The 5466-1520 module is labeled as a P1020 CPU as part of the MicroNet Digital Controller series produced by Woodward Inc. out of Fort Collins Colorado. One key component of this module is the dual-core processor on the unit, this specific dual-core processor is 800 MHz. There are a number of ports on the module, which include, two Real-Time Network ports, one service port, five CAN ports, and four general-purpose Ethernet ports. In reference to the four Ethernet ports, there are two of each 100 Mbps and 1000 Mbps ports.

Typically CPU modules within the MicroNet series can be removed and inserted while the chassis is live and the 5466-1520 unit can also be removed or inserted live. An important thing to note prior to removing this module is that the module requires a reset, this notifies the module that it is going to be removed and that an effortless failover to the second CPU module will occur. There are several applications that this module will operate on such as Cyber Security and Graphical Application Programming (GAP) Applications.

This module is defined as being used in a MicroNet-Plus chassis, because of this key feature this model has the capability to be used in simplex or redundant systems. For enhanced performance use the model in a redundant system in which two CPUs will be used. - AX Control Tech Team

Our highly skilled technicians can repair your 5466-1520. All of our repairs come with a 3 Year AX Control Warranty. Please contact us for additional information about our repair process. To receive the repair pricing and lead time listed above please process your repair order via our website. The following repair options may be available upon request: