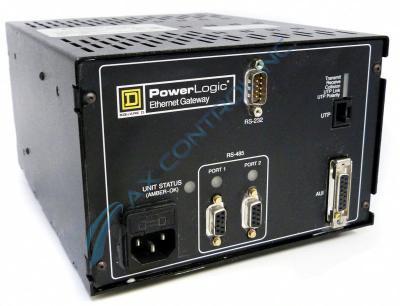 In the top right corner of the 3050-SD100 system display, there is a small LED indicator light that indicates whether or not the system is running. Below that to the right, there is the 3050-SD100 module’s LCD screen display. The LCD screen is a 4 line, 20 character display that is backlit for ease of use in any environment no matter the brightness or visibility. Below the LCD display, there are four large yellow buttons. From the left to the right, the four yellow buttons are listed as the following: “SELECT DEVICE,” “MENU,” “PREV SCREEN,” and “NEXT SCREEN.” Along the next row of buttons, there are three buttons. The first one to the left is a light blue button that reads, “Fn.” To the right, there are two gray buttons that are meant to control the brightness of the system display, as one shows a moon and the other shows a sun.

Below the first two rows of buttons lies the main keypad part of the 3050-SD100 system display. There are two red buttons on the left side of the keypad, one of them reads “Y” and the other one reads “N.” Below those two buttons, there are two yellow buttons, and one of them reads “PREV DEVICE,” while the other one reads “NEXT DEVICE.” In the middle of the keypad, there are eleven white buttons, ten of which are the numbers 0 through 9 and the last one being a decimal key. To the right of the white keypad, there are three buttons: one that is a black arrow that points to the left, one that reads “CE,” and one that reads “ENTER.”

Our highly skilled technicians can repair your 3050-SD100. All of our repairs come with a 3 Year AX Control Warranty. Please contact us for additional information about our repair process. To receive the repair pricing and lead time listed above please process your repair order via our website. The following repair options may be available upon request: