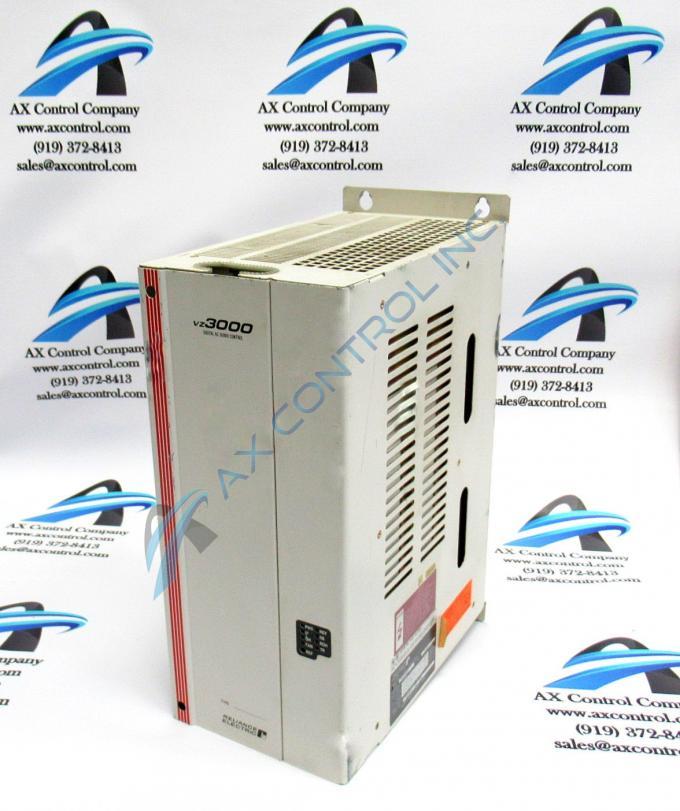 The UAZ3255-75 is a 3-Phase 75 KW Thyristor/Converter Unit that was originally produced through Reliance Electric for the VZ3000 series. This unit was also probably sold under the Baldor Reliance or ABB lines as well, but the VZ3000 line has been completely discontinued by Reliance. The UAZ3255-75 may have become difficult to find, but AX Control still tries to keep it in stock as refurbished or new surplus stock.

The UAZ3255-75 has a chassis enclosure. It is typically installed in a control cabinet vertically. When a user is installing this module, a duct system should be installed at the top of the cabinet to expel warm air being generated in the cabinet to just outside of it. It is also advisable for an ICB circuit breaker (sold separately) to be installed with this unit.

What is the input voltage for this Reliance Electric UAZ3255-75 drive?

UAZ3255-75 by Reliance Electric uses 200 V (volts). The second number in the part number indicates that this drive is a 200V drive.

What unit type is this Reliance Electric UAZ3255-75 drive?

This drive UAZ3255-75 is a converter unit by Reliance Electric.

Our highly skilled technicians can repair your UAZ3255-75. All of our repairs come with a 3 Year AX Control Warranty. Please contact us for additional information about our repair process. To receive the repair pricing and lead time listed above please process your repair order via our website. The following repair options may be available upon request: