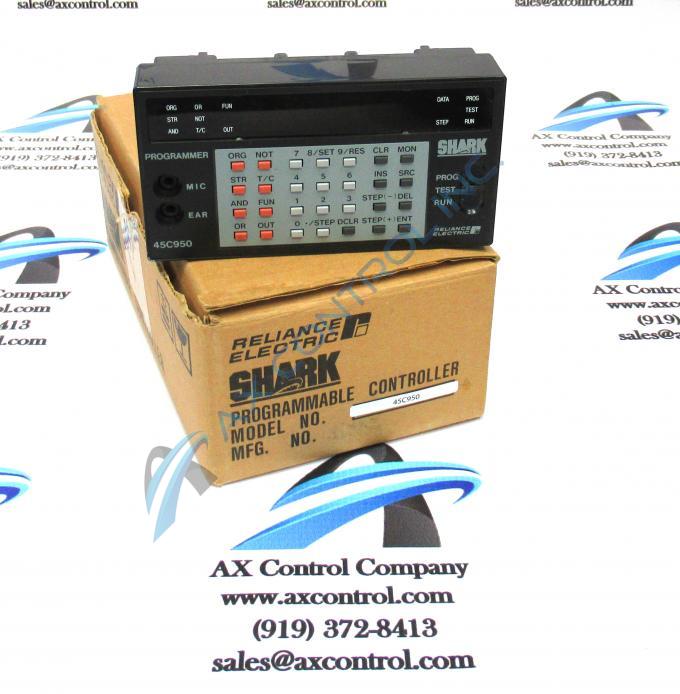 The 45C950 is a standard programmer. The 45C950 allows you to enter application programs into memory. A 45C950 also lets you store programs to a cassette by connecting a cassette tape recorder to the MIC and EAR terminals of the 45C950.

The 45C950 attaches to a processor's faceplate connector through a 5 inch long 16 pin ribbon cable.

The top of a 45C950 displays the code LEDs, LED display, and mode indicators.

Our highly skilled technicians can repair your 45C950. All of our repairs come with a 3 Year AX Control Warranty. Please contact us for additional information about our repair process. To receive the repair pricing and lead time listed above please process your repair order via our website. The following repair options may be available upon request: