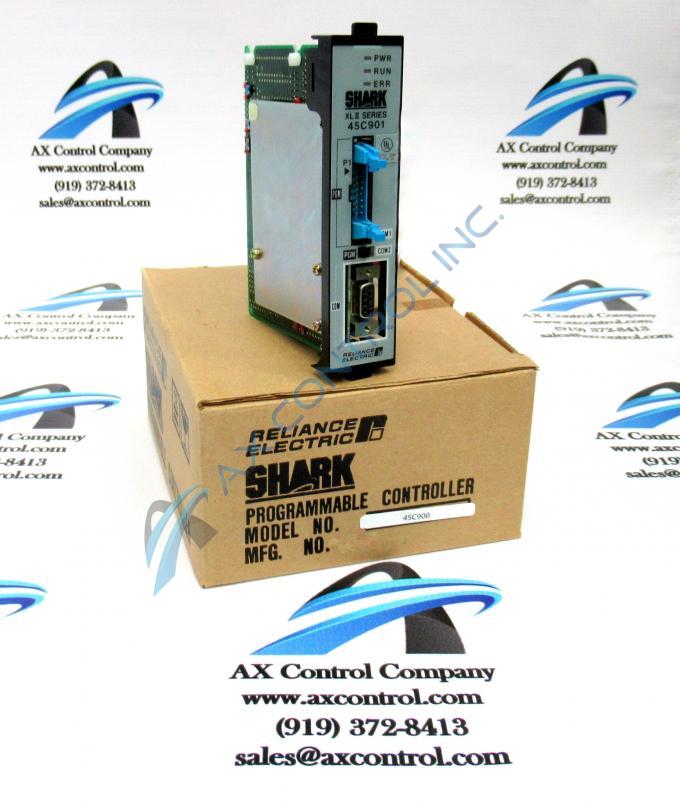 The 45C901 CPU module is capable of completing numerous different types of application instructions. These include IF command, jump, addressed jump, call subroutine, return from subroutine, define subroutine, and many more.

Reliance Shark XL 45C901 is a processor module without memory. You have to buy a EEPROM or EPROM memory separately for a 45C901.

What does the PGM position of the communication selector switch do on a Reliance 45C901?

Positioning the communicator selector switch on a 45C901 allows you to select the hand-held programmer as the 45C901 processor's programming device.

The LED lights on the 45C901 indicate the status of the processor module. If the err LED light is on that means an error has been detected.

The 45C901 is included in the Shark XL Series manual that discusses the PLC as a whole and detailed information on each device. You can find the Shark XL manual by searching the manual number J-3809-2 online.

Our highly skilled technicians can repair your 45C901. All of our repairs come with a 3 Year AX Control Warranty. Please contact us for additional information about our repair process. To receive the repair pricing and lead time listed above please process your repair order via our website. The following repair options may be available upon request: