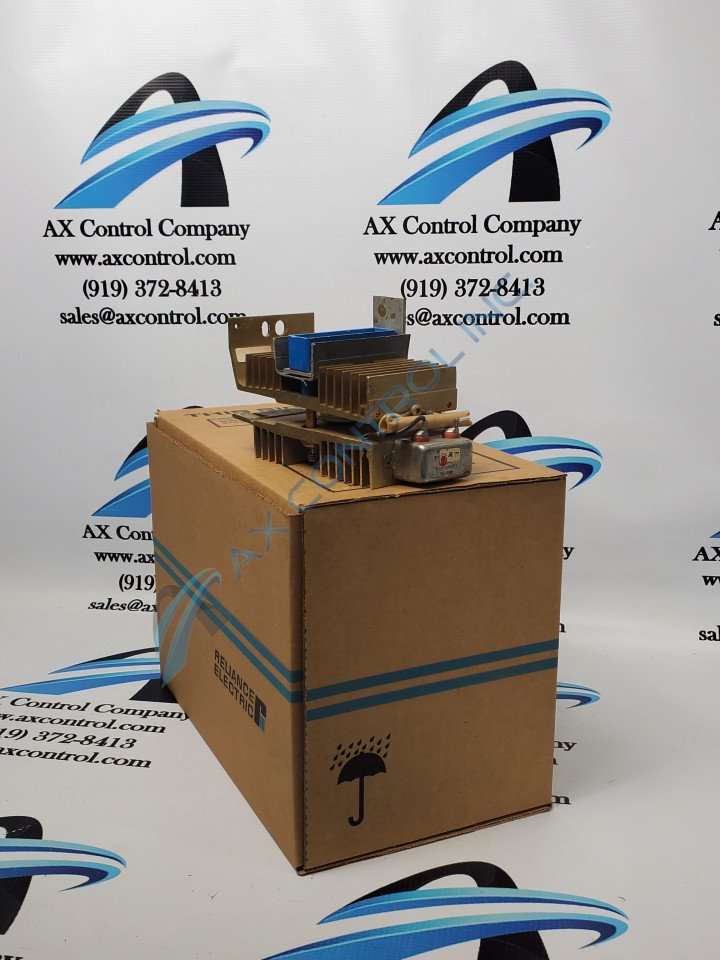 The 86475-1R is a Reliance component typically used in the company’s variable speed drives.  This component was sometimes sold under other company names, including ABB and Baldor Reliance.   The unit is no longer manufactured.  It can be purchased from AX Control as a rebuilt used part that has been through our extensive reconditioning process or as liquidated surplus (never used) stock.

The 86475-1R is a Rectifier Thyristor.   This is a passive, bi-stable switch component that is a four-layered, three-terminal semiconductor device.   The unit has two SCR diodes mounted between two vertical heat sink stacks that are connected to each other using bolts.  Within this air gap between the heat sinks, there are also MOVs (metal oxide varistors) mounted in the unit.  The top of the unit is taken up by a high-voltage capacitor with two screw mounts,  and a separate screw mount located opposite the capacitor on the other heat sink.   The unit has a large braided cable with a terminal looped end connected to one side of a single heat sink.

For additional information about this rectifier thyristor, please refer to technical support products originally provided by Reliance to end users.

Our highly skilled technicians can repair your 86475-1R. All of our repairs come with a 3 Year AX Control Warranty. Please contact us for additional information about our repair process. To receive the repair pricing and lead time listed above please process your repair order via our website. The following repair options may be available upon request: