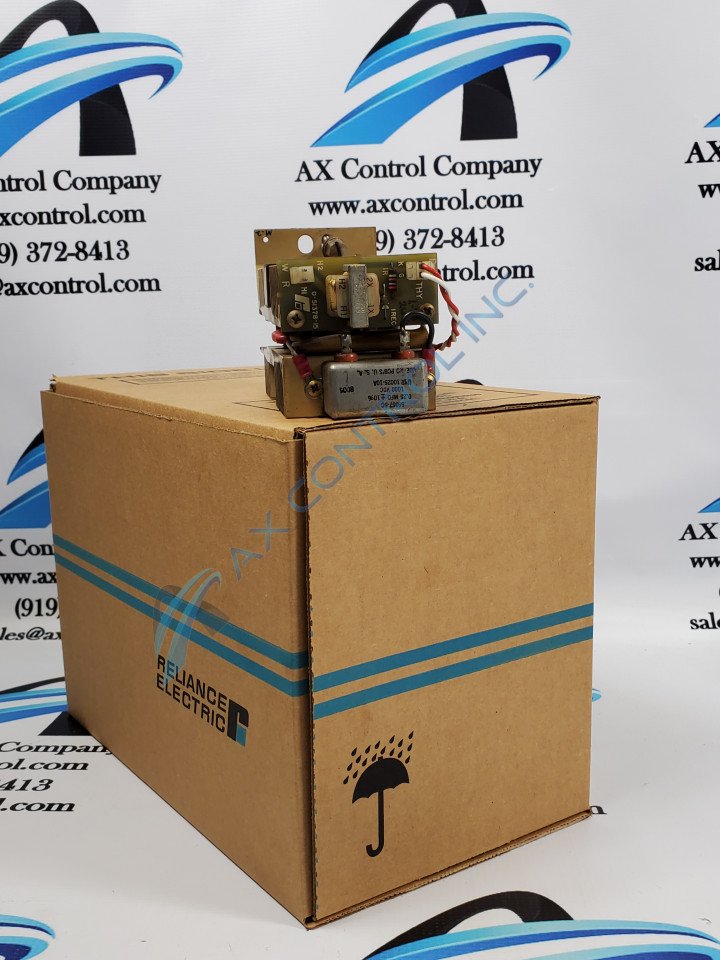 The 86474-1S is a Rectifier Stack produced by Reliance Electric. The 86474-1S was produced in the 1980s but is no longer produced and considered obsolete. A rectifier stack is used to convert energy to a DC or Direct Current, which means the energy flows in a single direction making it easier to control. The energy that enters the rectifier stack is known as AC or Alternating Current which means it can go in multiple directions and can be less controllable, and then converted to a Direct Current (DC) and passed back into the device the 86474-1S is installed into. The top of the 86474-1S has a small circuit board that is attached to the top that features a transformer, a resistor, and a diode and four connection tabs. On the top as well is a metal capacitor that reads 66057-6C 0.25 MFD + or - 10%, 1000 VDC, UVR 10025-10A 7949, CDE NO PCR’S U.S.A. Reliance Electric has published multiple manuals and data sheets to refer to for more information.

Call or email AX Control today to order yours.

Our highly skilled technicians can repair your 86474-1S. All of our repairs come with a 3 Year AX Control Warranty. Please contact us for additional information about our repair process. To receive the repair pricing and lead time listed above please process your repair order via our website. The following repair options may be available upon request: