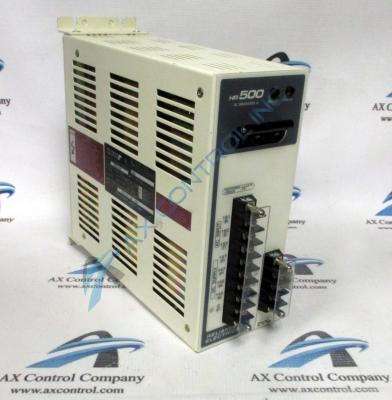 The 5RC033 cable is produced by the company Reliance Electric. It was created to be part of the HR500 series of motors and servos.

The HR500 controllers has many features that help the user perform the necessary functions of the HR500 series. This includes diagnostic LED indicator lights which indicate various statuses and faults. These LEDs include: Overload, overspeed, overcurrent, overtemperature, encoder failure and/or miswire, DC bus under or over voltage, power on, and run. The HR500 controllers run on either single-phase or three-phase on 208/230 VAC and 50/60 Hz input. There is a remote fault contact available for the customer’s convenience.Additionally, there is a selectable encoder power supply voltage which allows for operation with cables of lengths up to 500 feet, such as the 5RC033 cable advertised here. The HR500 controllers have line transient protection apparatuses which aid the controller to prevent the power line transients from disrupting the control’s standard operation. Also included is an electronic shaft clamp, which has an automatic process, and that activates when the input reference moves down to a total of zero volts.

Our highly skilled technicians can repair your 5RC033. All of our repairs come with a 3 Year AX Control Warranty. Please contact us for additional information about our repair process. To receive the repair pricing and lead time listed above please process your repair order via our website. The following repair options may be available upon request: