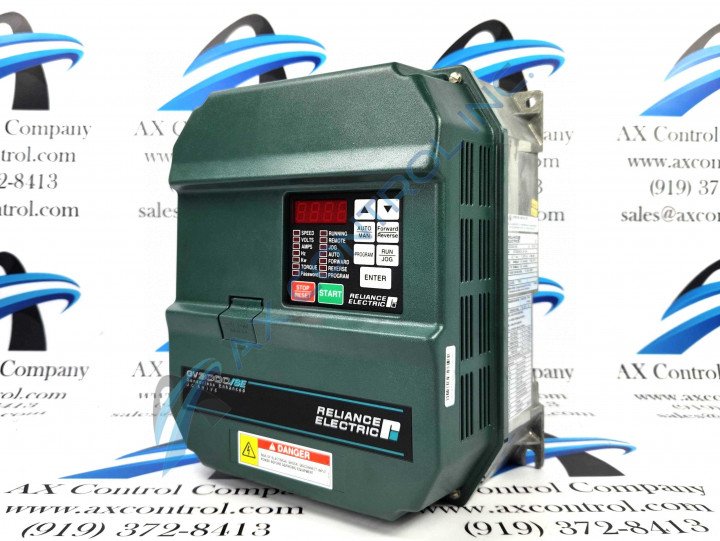 The 896.05.80 is a 5HP GV3000/SE series drive. It was initially created by Reliance Electric but may have also been sold by Baldor Reliance or ABB. An alternate part number for this drive is 5V4160.

This drive is protected by a NEMA 1/IP20 type enclosure. It is not meant for outside usage because it has air vents and is not dust or drip-tight. It has a small flap on the faceplate where a user can gain access to the RS-232 serial communications port which is on the regulator without needing to disassemble the enclosure. This drive and enclosure weighs 14 lbs. and is 8.75” wide, 11.05” tall, and 7.87” deep. This drive should maintain an operating temperature between 32 to 104 degrees Fahrenheit and be in humidity between 5 to 95%.

Our highly skilled technicians can repair your 896.05.80. All of our repairs come with a 3 Year AX Control Warranty. Please contact us for additional information about our repair process. To receive the repair pricing and lead time listed above please process your repair order via our website. The following repair options may be available upon request: