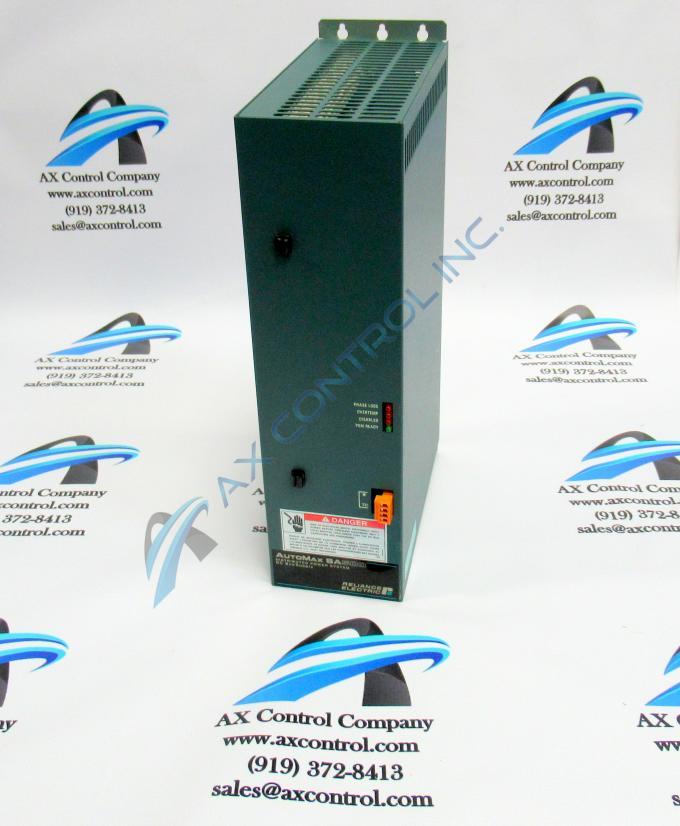 The BRU-500-PSM-50ES was a Power Supply Module that was first produced by Reliance Electric. At one point, this module may have been sold by ABB or Baldor Reliance depending on what years it was in production. It is no longer supported by these companies and might be difficult to find.

The BRU-500-PSM-50ES could be mounted onto a vertical flat surface like a panel. It had factory-drilled holes that were used along with bolts and washers to secure the power supply onto the flat surface. It was important that the module be mounted in an inside environment and not directly next to other devices to prevent it from getting overheated. There were two fans on the underside of the power supply that had the ability to ensure that the internal components were provided with air circulation. On the faceplate of the power supply were a set of LED lights that were labeled phase loss, disabled, PSM ready, and overtemp. The PMS ready indicator was green while the other three were red. There was a very small terminal strip on the faceplate that was labeled TB1.

The BRU-500-PSM-50ES is a Power Supply Module within the BRU-500 Series that works to power multiple different drives at once.

What drives are compatible with the BRU-500-PSM-50ES?

The BRU-500-PSM-50ES is compatible with Reliance Electric BRU-500 Series drives.

Our highly skilled technicians can repair your BRU-500-PSM-50ES. All of our repairs come with a 3 Year AX Control Warranty. Please contact us for additional information about our repair process. To receive the repair pricing and lead time listed above please process your repair order via our website. The following repair options may be available upon request: