The SST-DNP-REL is a SST DeviceNet Module created by Reliance Electric for its AutoMax series.

Sell Surplus: Have a SST-DNP-REL to sell? Sell Now 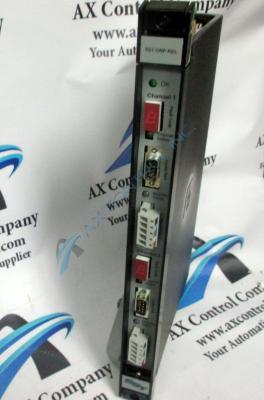 The SST-DNP-REL is a SST DeviceNet Module created by Reliance Electric for its AutoMax series.

Sell Surplus: Have a SST-DNP-REL to sell? Sell Now

The SST-DNP-REL is a SST DeviceNet Module created by Reliance Electric for its AutoMax series. This module may have also been sold under the ABB and Baldor Reliance production lines. It has since been discontinued by Reliance and might be a little hard to find. AX Control does still make every attempt to keep the SST-DNP-REL in stock as a refurbished or new surplus part.

The SST-DNP-REL has a faceplate with many features on it. It has an ON LED indicator that is just above a 7-segment LED labeled Channel 1. It is just above another LED indicator. Below that is a 9-pin RS-232 female connection (to the DeviceNet) that is just above another LED and a terminal strip. Below that is another 7-segment LED labeled Channel 2 above another set of LEDs, another DeviceNet 9-pin RS-232 connection and a terminal strip. There are brackets on the top and bottom of the faceplate that can be used to mount the card to an AutoMax card rack assembly. This card will take up one of the slots on the rack.

How many channels does SST-DNP-REL have?

What is at the very top of the SST-DNP-REL faceplate?

On the very top of SST-DNP-REL's faceplate is an "OK" LED.

Our highly skilled technicians can repair your SST-DNP-REL. All of our repairs come with a 3 Year AX Control Warranty. Please contact us for additional information about our repair process. To receive the repair pricing and lead time listed above please process your repair order via our website. The following repair options may be available upon request: