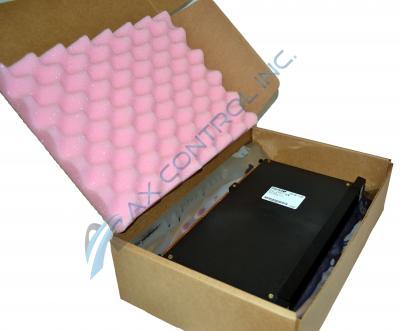 The O-57428- unit is a Toledo Scale Interface Module that was designed by Reliance Electric to be used with other devices inside of the AutoMax series. This product can usually be found inside of our stock despite that fact that its production by Reliance Electric has been halted. Check on the availability of this device in our stock by looking on this page or by contacting via our phone number or email address during our business hours.

The faceplate of the O-57428- Toledo Scale Interface Module has a D-shell connector which has 25 pins. This connector is used for an RS-232C serial I/O link. In addition to that, the faceplate has one seven-segment LED display, which is used for diagnostic purposes, and a green status light, which is turned on whenever the board is operating as normal and is turned off whenever the board is malfunctioning. There are also two thumbwheel switches on the faceplate.

Contained within the O-57428- Toledo Scale Interface Module, you will find a Z80 microprocessor, which has 4 mHz of frequency. The processor memory also consists of 16 kilobytes of EPROM memory for the built-in communication software, 4K words of dual-port memory, and 8 kilobytes for local data storage.

What are the causes of an incorrect data fault on a Reliance O-57428-?

There are several possible causes for an incorrect data fault on O-57428-. The causes include: O-57428- being in the wrong slot, O-57428- having a programming error, or a malfunctioning O-57428- module itself. There's also a possibility that the input is not wired or wired to the wrong device to cause this fault on O-57428-.

Our highly skilled technicians can repair your O-57428-. All of our repairs come with a 3 Year AX Control Warranty. Please contact us for additional information about our repair process. To receive the repair pricing and lead time listed above please process your repair order via our website. The following repair options may be available upon request: