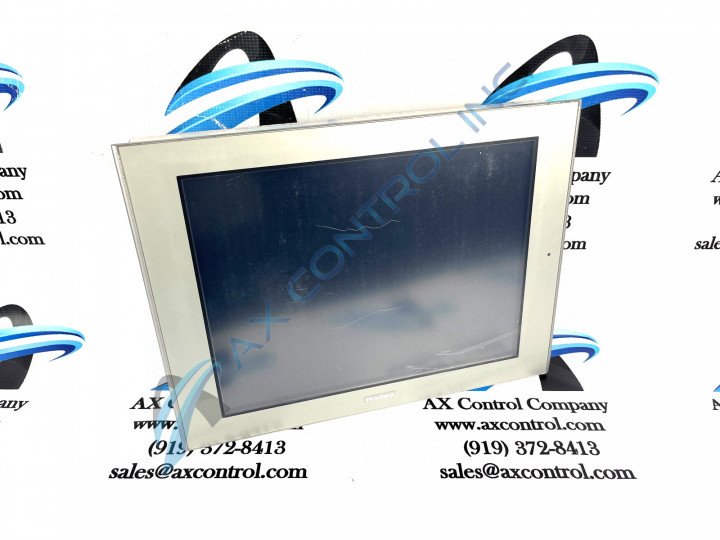 The Pro-Face Xycom AGP3750-T1-AF is a 15” multimedia touchscreen operator interface that is a part of the GP-3000 series. An advanced HMI, it is able to simultaneously support up to four protocol drivers. The 64-bit 266 Mhz CPU and 8 MB FEPROM of available memory in AGP3750-T1-AF allow for a high-speed system that works 10 times faster than a conventional interface. The system speed offers quick screen refresh rates and data sampling.

As it runs multiple drivers at once, AGP3750-T1-AF has the capability to function as a single screen monitor and data collector. With the use of scripting tools, the system is capable of interfacing with a variety custom controllers as well. As a multiport HMI, a number of communication interfaces are supported by the system. A 10/100 base-T ethernet interface (LAN) hookup is included, as well as two USB ports with a communication range of up to 5 meters. Two serial MPI ports are located on either side of the HMI, with the RS-422 port capable of supporting 16 different devices. These supported devices include barcode scanners, motion controllers, inverters, and regulators. AGP3750-T1-AF also supports CompactFlash ™ card access. The access is located behind the CF Card Access cover, which must be closed when reading or writing to the card.

This HMI unit from Pro-face Xycom is built on a 266Mhz CPU. This allows for fast data sampling and screen refresh. The unit boasts a no-grid analog touch panel for increased visibility. The 15-inch unit can run up to four different protocols at one time. --AX Control Tech Team

Our highly skilled technicians can repair your AGP3750-T1-AF. All of our repairs come with a 3 Year AX Control Warranty. Please contact us for additional information about our repair process. To receive the repair pricing and lead time listed above please process your repair order via our website. The following repair options may be available upon request: