DC Base with 6 Input 4 Output

Sell Surplus: Have a KV-10RW to sell? Sell Now 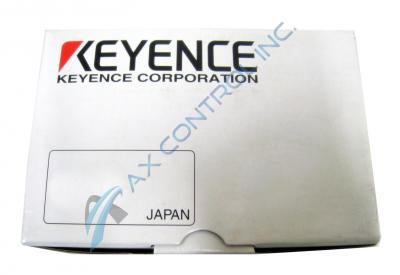 DC Base with 6 Input 4 Output

Sell Surplus: Have a KV-10RW to sell? Sell Now

Keyence KV-10RW is part of the KV series. The KV-10RW is a base model unit PLC Relay with a DC input of six (6), an output of four (4) 24VDC. Products from the KV series are often not compatible with the visual KV series. This CPU cannot be connected to the following series because of the connectors' cover size: GP2300 / GP2301 / GLC2300.

The KV-10RW has a baud rate of 19,200bps, a fixed eight (8) bit data length, a fixed one (1) bit stop bit, and an even fixed Parity bit. The data flow control is an ER control and the communication format is RS-232C. Please refer to the Device/PLC Connection Manual for further information, as well as the Additional Manual by Keyence Corporation on KV Series and CPU Direct Connections.

The KV-10RW has an ethernet port on the front. With a cover to keep debris out when not in use. It also includes an LED lighted display as well as a ventilation system to help cool the system down. KV-10RW is small and compact to best use your space. Above the venting system are seven ports to input wires. Two general-purpose relays are nearly the same size as a KV-10 PLC. The KV 10RW can help eliminate the need for high-speed interfacing by being able to receive an input as short as 25 us. The KV-10RW also allows for up to four interrupt inputs. The Interrupts can be executed in real-time without any delay in scan time.

What are some features to look forward to when purchasing Keyence KV series?

What to look forward to when purchasing a Keyence KV Series PLC is that they are the smallest in the world of AC type PLC's that are stock with terminal blocks with screws, its small size saves a lot of space when installing. These PLC's are very fast, with a minimum scan time at 140 microseconds and with an instruction implementation time of 0.7 microseconds, it is the fastest in its class. There is a built into the newer types, it was added for when a switching power supply can not be installed to the unit. This unit has an included two color back light as an access window with a "RUN" mode and a "PROGRAM" mode. Also the access window has 256 different messages that can display on the screen, it can help with errors or abnormalities with the unit. When the programs are running they can also be changed in the system. This unit has two serial ports to improve the error debugging equipment that connect to the peripherals. There are many more features that can be stock on these units and the list can be found in the manual. The manual part number is 96M0364.

Is this unit compatible with conventional peripheral KV series units?

Yes, the KV series units are compatible with a conventional, there is an internal clock that is on a high speed cycle of counters that consists of 1 microsecond, 10 microseconds, and 100 microseconds. But the HSP is specified at 10 microseconds. The range settings for the TMIN that are available are from 0 to 65535.

Our highly skilled technicians can repair your KV-10RW. All of our repairs come with a 3 Year AX Control Warranty. Please contact us for additional information about our repair process. To receive the repair pricing and lead time listed above please process your repair order via our website. The following repair options may be available upon request: