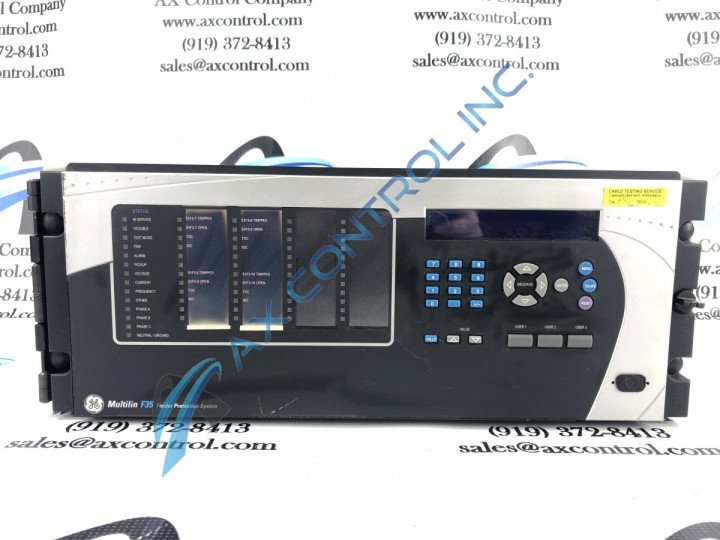 A G30-J00-HKH-F8N-H6G-M8L-P6E-U6C-WXX is a generator management Multilin GE relay of the UR Series of universal relays. This GE G30 generator management relay has been made with the following goals, reduction in cabling and auxiliary equipment to minimize cost, increase system reliability and efficiency, and incorporate high speed communication to meet data requirements. The overall set up of a G30 has various input elements (contact inputs, virtual inputs, analog inputs, CT and VT inputs, remote and direct inputs), which pass through to the CPU module. The CPU Multilin module has various protective elements such as pickup or dropout options in addition to the operation option. It can also reflect the current status of the unit at this time. The LAN, the programming device, and the operator interface connect to the unit through the CPU module to let the end user in on the universal relays current status for diagnostic situations for example.  After the signal goes through the CPU module it is converted back into either digital or analog signals to be sent out to other devices in the field. The output elements include virtual outputs, contact outputs, analog outputs, direction outputs, and remote outputs such as DNA and USER.

Our highly skilled technicians can repair your G30-J00-HKH-F8N-H6G-M8L-P6E-U6C-WXX. All of our repairs come with a 3 Year AX Control Warranty. Please contact us for additional information about our repair process. To receive the repair pricing and lead time listed above please process your repair order via our website. The following repair options may be available upon request: