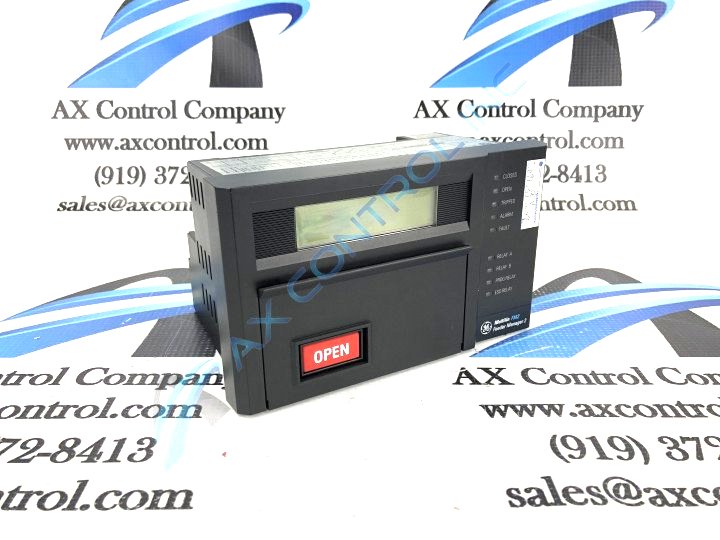 The Feeder Manager 2 series of modules is a product released from the industrial automation division of General Electric, branded as a part of the GE Multilin series of automation technology. This model is labeled as the FM2-722-C, and was initially released in June of 2004.

This series largely shares several of the same features and hardware specifications, especially in regards to the protective measures in place. Each unit is outfitted with with a three phase set of thermal overload protective measures. There is also earth fault protective measures, rated at 50 Gs. Integrated into these modules are features such as an efficient undervoltage reclose unit, and the capabilities to monitor details such as the voltage and current intakes, the power and energy levels, and set up timers and counters for reporting while in use.

Externally, these units are equipped with a set of input and output entry ports. The input ports total up to 16 ports: 6 control inputs and then 10 programmable inputs. There are only 2 output ports, one programmable output, and then an ESD (emergency shutdown) output port.

The FM2-722-C model is powered with an intake of up to 240 volts of alternating current (V/AC). This model is a black box model of the FM2 series, which outfitted with no display monitor, physical keypad, or status/action indicator LED lights.

This series of inventory is out of production from General Electric’s industrial automation division. However, this and all the rest of the Feeder Manager units have been fully refurbished and optimized for purchase.

Our highly skilled technicians can repair your FM2-722-C. All of our repairs come with a 3 Year AX Control Warranty. Please contact us for additional information about our repair process. To receive the repair pricing and lead time listed above please process your repair order via our website. The following repair options may be available upon request: