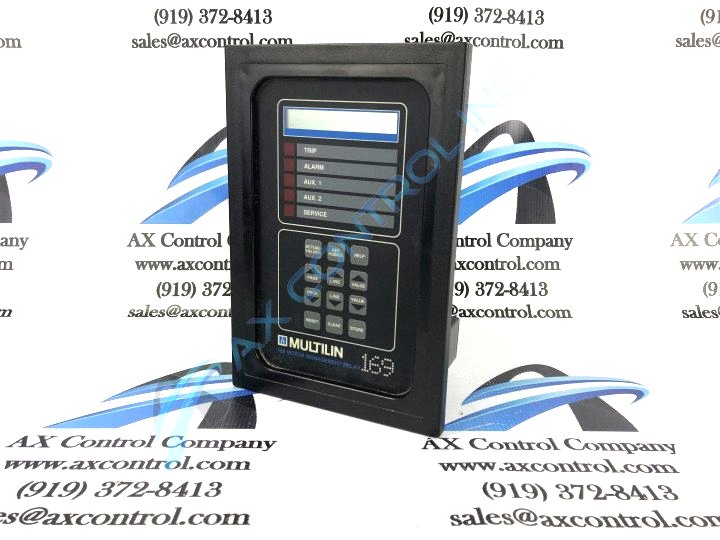 What is the difference between a motor management relay of the 169 Plus series and the Multilin 169 relays?

While the GE Multilin 169 relays, such as the 169-100P-120, and the 169 Plus relay series share similar features that allow each to provide comprehensive motor protection, the 169 PLUS family include additional features to differentiate the 169 Plus from the 169 family. The additional features of the Multilin GE 169 Plus include an ability to select a custom curve in addition to the eight curve options that come with the basic 169 model. This custom curve feature provides the user with the ability to create a unique custom curve tailored to the end application in the event that the eight provided overload curves do not match the application exactly. This custom curve feature extends the scope of protection to include unique situations such as protection of fan drives, which tend to differ drastically with their rotor and thermal capacities. The 169-100P-120, as a 169 model, would not be able to produce a curve that is appropriate for a fan drive application.
In addition to the custom curve feature of a 169 Plus model, the Plus models are also able to adapt to the application at hand by recording motor parameters over time. The Multilin Plus relays record cooldown rates, acceleration, time, motor inrush current values, and other characteristics specific to a given motor in order to ‘learn’ the motor’s values for tailored protection of the specific motor parameters. In contrast, the Multilin 169 relays are only able to ‘learn’ the inrush current of a motor.

Our highly skilled technicians can repair your 169-100P-120. All of our repairs come with a 3 Year AX Control Warranty. Please contact us for additional information about our repair process. To receive the repair pricing and lead time listed above please process your repair order via our website. The following repair options may be available upon request: