Sell Surplus: Have a VMIVME-7486 to sell? Sell Now 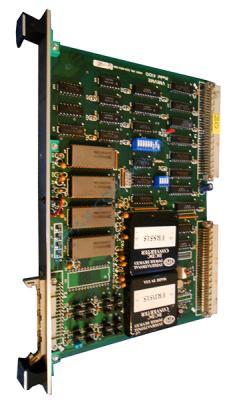 Sell Surplus: Have a VMIVME-7486 to sell? Sell Now

This unit is a device that was initially produced as a VMIC unit by the Fanuc Automation branch by General Electric. After falling out of production from General Electric, the series of products were then acquired by Abaco Systems. This model is designated as the VMIVME-7486 unit, and is one of the many VMIC modules available from AX Control’s inventory of refurbished industrial equipment and parts.

The VMIVME-7486 is designed to be 100 percent PC/AT compatible and integrated with a processor board connected via a VME bus. The VMIVME-7486 model comes with a coprocessor and 8 kilobyte four way set associative cache and has a Super Video Graphic Array, with a 1024 x 768 non-interlaced resolution. There is also 1 megabyte video DRAM onboard the unit.

The VMIVME-7486 is also designed to include a parallel centronics port, a pair of serial RS-232C ports, a PC/AT keyboard interface, and a real time clock, integrated with an onboard battery. This unit also is built with both floppy and IDE controllers seamlessly integrated.

The VMIVME-7486 unit features custom gate array technology that offers full VMEbus functionality as well as an interrupt handler module, an interrupter and a system controller. This module allows access to all VME bus memory in both real or protected modes and comes with three way byte swapping hardware for little-endian and big-endian type interfacing. It also is able to support the DOS and Windows operating systems.

Our highly skilled technicians can repair your VMIVME-7486. All of our repairs come with a 3 Year AX Control Warranty. Please contact us for additional information about our repair process. To receive the repair pricing and lead time listed above please process your repair order via our website. The following repair options may be available upon request: