Sell Surplus: Have a VMIVME-5010 to sell? Sell Now 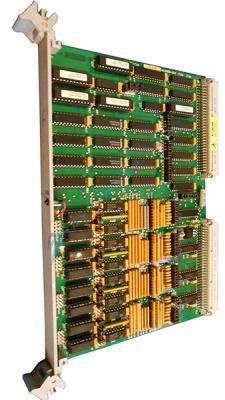 Sell Surplus: Have a VMIVME-5010 to sell? Sell Now

The VMIC series of devices feature models that are all similar in their design as functioning circuit boards but are built with separate functions, such as analog to digital converter boards, input & output modules, and central processing units. These devices were all manufactured as products by the industrial automation division of General Electric, though they were pulled from production, and then later were developed by Abaco Systems.

The VMIVME-5010 model of the VMIC series is an Interrupt Expander Board. This unit is outfitted with a series of standard features, such as the set of 8 Global Interrupt Channels, and 8 front panel external Interrupt inputs, with a user-programmable edge selection feature. There is an optional interrupt generator integrated into the VMIVME-5010, and initiated by the operator through program control.

Our highly skilled technicians can repair your VMIVME-5010. All of our repairs come with a 3 Year AX Control Warranty. Please contact us for additional information about our repair process. To receive the repair pricing and lead time listed above please process your repair order via our website. The following repair options may be available upon request: