Sell Surplus: Have a VMIVME-2532A to sell? Sell Now 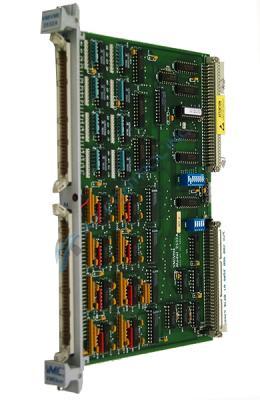 Sell Surplus: Have a VMIVME-2532A to sell? Sell Now

This module is a device that is built as a part of a series that was initially developed by the industrial automation branch of General Electric, as a model of the Fanuc VMIC line of products. This series was in mass production from General Electric, however, was then acquired by Abaco Systems. The majority of the VMIC series of boards and components are out of production now, and this module is available from AX Control’s inventory of industrial equipment and stock.

This unit is the VMIVME-2532A, a 32 bit, high voltage Digital Input and Output module. This unit is designed to handle between 8 to 16 bits of data transfer. There are numerous standard VMIC details and features in this unit. There is a high current sink of 600 milliamperes, and a high breakdown voltage of 70 volts of direct current. There is also a series of output clamp diodes. The automatic surge current is built with an option for shutdown protection.

The VMIVME-2532A module is integrated with a built in self-testing and analysis capabilities to run diagnostics on the functionality and efficiency of its core components. These are able to run with both off line and real time support.

The VMIVME-2532A is equipped with a front panel that has a failure indicator LED light. This unit also has an optional test jumper series with outputs, and designed with 100 percent testing of the output drivers.

Our highly skilled technicians can repair your VMIVME-2532A. All of our repairs come with a 3 Year AX Control Warranty. Please contact us for additional information about our repair process. To receive the repair pricing and lead time listed above please process your repair order via our website. The following repair options may be available upon request: