Sell Surplus: Have a VMIVME-2232 to sell? Sell Now 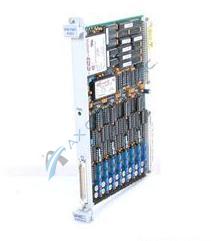 Sell Surplus: Have a VMIVME-2232 to sell? Sell Now

This unit is a part of the VMIC lineup of devices such as CPU modules, analog to digital converter boards, and Input and Output boards. This unit is the VMIVME-2232, a 32 bit channel Relay Output Board. The VMIC series of devices were originally designed, developed, and produced by the automated industrial production branch of General Electric, and then later this series was acquired by Abaco Systems.

The VMIVME-2232 module also is equipped with an optional series of protection electronics while the VMIVME-2232 is operational, using direct current. There are data transfer capabilities that range from 8 bits, 16 bits, or 32 bits in size. The VMIVME-2232 unit is outfitted with the programming capable of the VMIC standard self-testing and analysis logic. This ensures that all of the active components are checked through thorough diagnostics.

There is a front panel that the module is outfitted with, and also includes a fail indicator LED light. This unit is compatible with with several intelligent Input and Output Controller units.

A VxWorks driver module is able to be connected and properly interfaced with the unit.

Our highly skilled technicians can repair your VMIVME-2232. All of our repairs come with a 3 Year AX Control Warranty. Please contact us for additional information about our repair process. To receive the repair pricing and lead time listed above please process your repair order via our website. The following repair options may be available upon request: